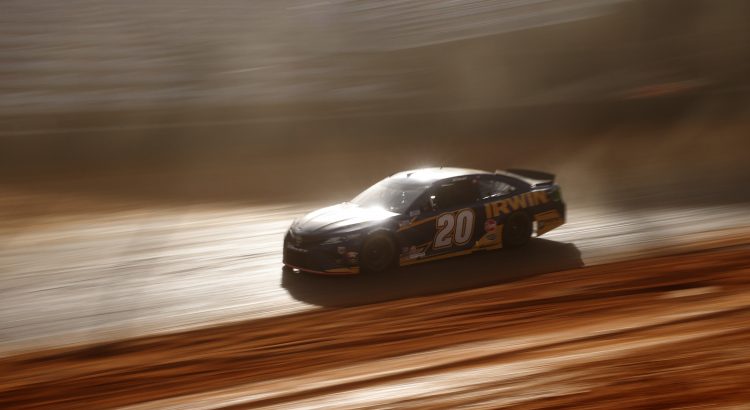 The Cup Series is about to go dirt track racing at Bristol Motor Speedway. If practice is any indication of what we are about to see Sunday (if the rain stays away), then it is going to be a crazy race.

This race could easily end up looking like a Superspeedway race. What do I mean?… There are going to be some inexperienced drivers spinning out on the dirt and taking some of the good drivers with them. The tires are also a problem. Most of the drivers had problems keeping the tires from wearing down to the cords after 25-30 laps in practice.

NASCAR changed the rules so that there will be a break at lap 50, lap 100 and lap 150 for the teams to change tires. The race will be paused and the drivers will not lose their spot during the pit stop, so pit crew speed does not matter this week. 50 laps is still a long time on these tires, so it will still be important for the drivers to save what rubber they can.

This is a good race to try and save an allocation with your top drivers. I will be loading my lineup with the drivers who have some experience on dirt and saving the drivers with limited experience for the asphalt tracks. I want drivers who know how to save their tires on the dirt Sunday.

Here are my starting picks for Bristol Dirt Race…

Denny Hamlin (9): Denny Hamlin does not have a lot of dirt track racing experience but he is a talented driver who should be able to figure it out this track quickly. Hamlin looked good in practice. The No. 11 car was 4th fastest in the first practice and 3rd fastest in final practice. He was really good at saving his tires too. Hamlin posted the 6th fastest 10-lap average speed in the first practice and the 2nd fastest 10-lap speed in final practice. Hamlin should be the best pick in Group A Sunday.

* I would love to use Kyle Larson in this race. He is by far the favorite but his allocations will be very important at the paved tracks too. The No. 5 car had to change their engine so Larson will start from the back Sunday. There is a risk of blown tires and cars overheating from mud on the grills, so I will save Larson for the more predictable tracks.

Christopher Bell (8): Christopher Bell looked just as good as Kyle Larson in practice but the No. 20 car will not be handicapped by starting in the back. Bell posted the second fastest speed in the first practice and the 30th fastest speed in final practice. I am not worried about his final practice speed. Bell spent a lot of time running the top of the track to gauge his tire-wear. He is a dirt track expert and should finish in the top-five Sunday.

Tyler Reddick (9): Tyler Reddick has had a lot of success racing on dirt in his career and I like him even more after watching practice. Many of the fast cars ran the bottom of the track. When they took the tires off their cars, the Goodyear’s were worn down to the cords after only 30 laps. Reddick ran slower laps at the top of the track and after 30 laps his tires looked brand new. I expect Reddick to have a similar race to what he had at Homestead (Reddick finished 2nd). I will use an allocation with the No. 8 car Sunday.

Chase Briscoe (9): Chase Briscoe has a lot of experience on dirt and he looked really good in practice. Briscoe posted the 10th fastest speed in the first practice and the 5th fastest speed in final practice. He was also good at saving his tires over the long run. Briscoe posted the 12th fastest 10-lap average speed in final practice. It will also help that Briscoe competed in the Truck Series practice Friday. I will roll the dice with Briscoe Sunday. 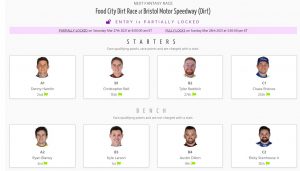