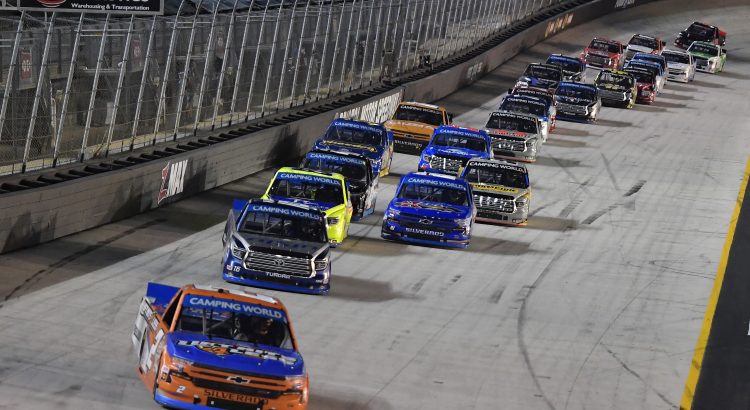 The NASCAR Cup Series will compete in the last race in the Round of 16. The first two races were won by non-playoff drivers. This means one driver could get locked into the Round of 12 with a win at Bristol and 11 drivers will advance on points. The driving has been aggressive this year, but we have not seen anything yet. It is going to get crazy in the bullring at Bristol. The Bass Pro Shop NRA Night Race can be seen Saturday night at 7:30 p.m. ET on USA Network.

Bristol is a driver’s track. The crew chiefs set up the car the best they can, but it is up to the driver to navigate this high-banked, short track. Drivers either know how to turn fast laps at Bristol or they don’t. It is a good idea to use the drivers with a history of running well at Bristol.

I am also fading Ross Chastain. I expect the No. 1 car to be fast, but the chances of Chastain finishing the race Saturday night are slim. He has pissed off too many drivers this year. I would be shocked the field let Chastain dominate the race at Bristol.

KYLE BUSCH (3): It has been a bad season for Busch but he has a couple of things going for him this week. He announced Tuesday that he will race for Richard Childress Racing in 2023. This should relieve some of the stress off of Rowdy and allow him to focus on racing. He should also have some confidence since he won at Bristol this year and he has eight trips to Victory Lane in Thunder Valley. Busch must have a fantastic race in order to advance to the Round of 12. I think he will get it.

KYLE LARSON (3): I thought about playing Kevin Harvick because he is in a “must win situation” and Harvick usually wins when he is backed into a corner. I cannot fade Larson at Bristol though. He won this race last year; finished sixth in 2019 and second in both races in 2018 (He was suspended and did not compete in the 2020 race). The No. 5 car should be fast again Saturday night.

JOEY LOGANO (2): Logano has not won on the concrete at Bristol since 2015 but he should still be a good pick Saturday night (He did win the Dirt Track Race at Bristol last year). Logano has been hit or miss this year, but when he is good, he is usually really good. I expect the No. 22 team will have their car dialed in for the race this week.

WILLIAM BYRON (3): Byron got off to a hot start in 2022 and then he went into a slump for most of the season. Byron seems to be heating up again. He finished eighth two weeks ago at Darlington and he finished sixth last week at Kansas. Byron finished third in the Bristol Night Race last year. I will take my chances with the No. 24 car Saturday night.

ALEX BOWMAN (6): To be honest… I am not confident in playing Bowman this week, but he is the best choice I have if I fade Christopher Bell, Tyler Reddick and Ross Chastain. Bowman seems to be heating up like his teammate (William Byron). Bowman finished 10th two weeks ago at Darlington and dominated the race last week at Kansas. He finished fifth in the Bristol Night Race last year. I will play Bowman Saturday night and hope he can finish in the top-10 again.

BUBBA WALLACE (5): Wallace does not fit into the category of “play the drivers who are good at Bristol.” His average finishing position at Bristol is 16.4, but he has more momentum in the Cup Series than almost any other driver. His average finishing position in his last eight races (not counting the road course race at Watkins Glen) is sixth. I will play the hot hand and use Wallace this week.

ERIC JONES (2): Jones has a group of tracks that he is really good at. Darlington is one of those tracks and he went to Victory Lane. The other track is Bristol. Jones led 260 laps and finished second at Bristol in his rookie year. He also finished 8th, 3rd, 11th and 5th in his last four races in Thunder Valley. Jones should easily be the best pick in Group C Saturday night.

AUSTIN CINDRIC (3): The race at Bristol Saturday night will be the first Cup Series race for Cindric in Thunder Valley on concrete. He has had a lot of success at Bristol in the Xfinity Series and the No. 2 team had a lot of success at Bristol with Brad Keselowski in the car. I doubt I will use Cindric in the race so I need him for qualifying points. He has been one of the best drivers at qualifying this year so I will have the No. 2 car I my lineup.