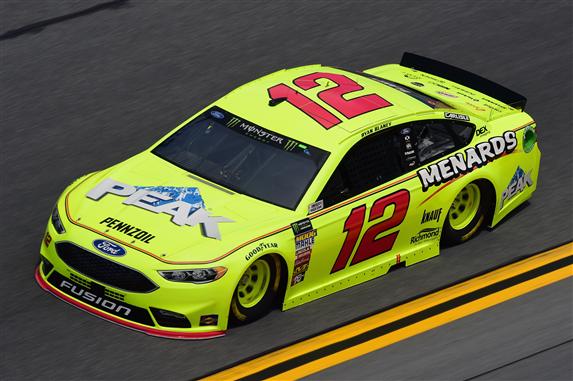 The Monster Energy NASCAR Cup Series will compete at Texas Motor Speedway this week in the O’Reilly Auto Parts 500. Everything is bigger in Texas and that includes the speeds and the length of the race. Texas is one of the fastest of the 1.5-mile tracks. The drivers will be turning laps near 200 MPH this week. There will be an additional 67 laps this week from the traditional 400-mile race. A lot can happen and usually does in the final 50 laps at Texas.

NASCAR will be back to its traditional schedule for the O’Reilly Auto Parts 500. There will be one practice Friday, followed by qualifying Friday evening and two practices Saturday. Our lineups will be due by 3am ET Friday morning so remember to set your lineups before you go to bed Thursday night.

Kevin Harvick won the pole and dominated the early portion of the 2017 O’Reilly Auto Parts 500. The No. 4 car led 77 laps before his team took 2-tires and it was the wrong call, dropping Harvick back in the field. Ryan Blaney then took over the race and led 148 laps. Blaney won Stage 1 and Stage 2 before Martin Truex Jr. took over and led 49 laps. The No. 48 team kept working on their car and with 16 laps left, Jimmie Johnson outraced Joey Logano to win the 2017 O’Reilly Auto Parts 500.

This is not the week to save your top drivers. The best teams usually dominate the 1.5-mile track races and I expect that to happen again Sunday. Stewart-Haas Racing has been the team to beat this year so you will see a lot of their drivers in my lineup. Team Penske and the Toyota drivers have also been very good. I would recommend using as many drivers as possible from SHR, Team Penske and the drivers in Toyotas.

Kevin Harvick (6) is the best pick in the field this week. He has won every race on the 1.5-mile tracks this season and 3 of the last 4 dating back to the playoffs last year. No driver even comes close to his stats since the race at Texas last November. Harvick has led 433 laps and has an average finishing position of 1.75. Do not be afraid to use an allocation with Harvick this week. He is running too well right now to ignore.

Martin Truex Jr. (9) is known as the “King of the Intermediate Tracks” but Kevin Harvick stole his crown when the No. 4 car passed Truex at Texas last November. The No. 78 car is still the second-best choice in the field this week. Truex won 2 of the last 5 races on the 1.5-mile tracks (Kevin Harvick won the rest). He is second in the series in laps led on the 1.5-mile tracks dating back to the last race at Texas. Truex has an average finishing position is 2.6 in the last five intermediate track races, so there is a good chance that Havick and Truex finish No. 1 and No. 2 this week.

Ryan Blaney (7) dominated this race last year. He led 148 of the 334 laps. I expect the No. 12 car to be the best choice in Group B this week. Las Vegas Motor Speedway is a sister track to Texas Motor Speedway. Both tracks are owned by Speedway Motorsports Inc. and have the same banking and shape. Blaney ran very well at Las Vegas. He won the pole, had a 4.5 average running position and finished 5th. I expect him to be even better this week.

Kurt Busch (7) won the pole for the last race at Texas and he finished 9th in the race. Busch has finished 4 of the last 5 races at Texas in the top 10. His Stewart-Haas Racing Ford has been fast this year. I expect Busch to be a contender to win the pole and finish in the top 10 again at this week.

Aric Almirola (9) will be my third driver for the O’Reilly Auto Parts 500. I really wanted two Stewart-Haas Racing cars in Group B and Almirola has been a lot been then Bowyer this season at the 1.5-mile tracks so I will pair the No. 10 with the No. 41. Almirola failed inspection at Las Vegas and had to start 29th. He was consistently one of the fastest cars on the track. Almirola quickly made his way through the field and finished 10th. He finished 15th at Texas last year while driving for Richard Petty Motorsports. He should be at least 5 spots better in a Stewart-Haas Racing car Sunday.

Erik Jones (8) is my insurance policy this week. I thought about using Chase Elliott as my last driver in Group B but the No. 9 team has not found their mojo yet. I think Elliott will be a lot better later in the season. Jones has finished 2 of his 3 races at Texas in the top 6. He also ran well at Las Vegas last month. Jones qualified 9th and finished 8th  in Sin City. He should finish in the top 10 again this week.

Chris Buescher (8) will be my sleeper pick this week. The Texas native usually runs well at his home track. His average finishing position while in the No. 37 car is 20th at Texas. Not too bad. Another reason why I chose Buescher is because he ran so well at Las Vegas last month. Buescher qualified 28th and finished 15th. It would be great to be able to use an allocation with Buescher this week and save our top drivers in Group C for other tracks.

Alex Bowman (6) is my backup plan this week. I am quickly running out of allocations with Bowman so I need to use him wisely. I really hope to use Chris Buescher Sunday, but if anything happens to the No. 37 car I know I can count on Bowman. He finished 16th at Las Vegas (one spot behind Buescher) and 20th at Las Vegas. The No. 88 car should finish between 15th – 20th again this week.