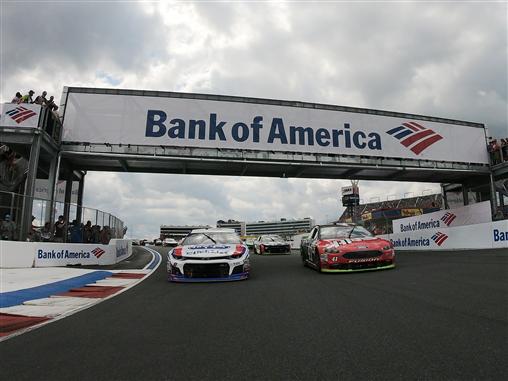 The MENCS teams were scared to death about what would happen at the Charlotte Roval last year. NASCAR officials were worried too because they did not even know what to expect from a half road course / half oval track. Well, it turned out to have a lot of chaos but the ending was one of the best of the season. The teams will have a lot more information to use this week so I doubt we will see 20 cars following Brad Keselowski into the wall. I still expect an exciting race. The Bank of America Roval 400 can be seen Sunday at 2 p.m. ET on NBC.

The cars will have the 550 HP engines with the 2” splitter, 8” spoiler and aero ducts this week. This is different from what the teams had at the two previous road course races this season (Sonoma and Watkins Glen). The cars had the 750 HP aero package in those races and that is what was used in the Roval race last year. The lower HP package will only affect the cars and oval part of the track so I do not expect much change from what we saw at this track last year.

My early week pick for the pole is Kyle Larson. He has been awesome at qualifying on the road courses. Larson won the pole at Sonoma this season and he has not qualified outside the top 5 on a road course track since his rookie season (2014). I expect the No. 42 car to start up front this week.

Here are the early week driver rankings for Charlotte Roval…