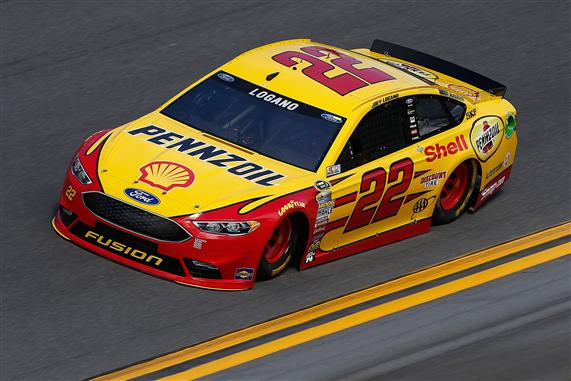 The MENCS competes at Martinsville Speedway this week. My picks in this game have been running red hot and I plan to continue to work my way up the overall leaderboard. Allocations are important in this game but if you plan out which tracks are best for each driver, you can still build a great lineup and have enough allocations for the rest of the season.

Kyle Busch has finished 2nd, 2nd and 3rd in his last three races and he believes he should have three wins on his 2018 resume. Now the series competes at a track where Busch has dominated the last four races. Busch has lead 813 laps and has an average finishing position of 2.2 in his last four races at Martinsville. Busch will be a man on a mission this week. I am not worried about burning an allocation with Busch this week.

Denny Hamlin has five Grandfather Clocks in his collection for winning at Martinsville. It is no secret that Hamlin likes to race at his home track. Hamlin made a big mistake when he taught Kyle Busch how to turn fast laps at Martinsville when Busch joined Joe Gibbs Racing. Hamlin has been playing bride’s maid to Busch ever since he taught Busch the rhythm of the track. Hamlin may not win, but I will take a 2nd-place finish from him this week.

Joey Logano has been very good at Martinsville in his career. His average finishing position in his last 6 races at the track is 13th, but if you replace his 38th-place finish in 2016 with a win (Matt Kenseth put Logano into the wall when the No. 22 car almost lapped the field), Logano’s average finishing position would be 5th. Logano has been running well this season and I think it will continue this week.

Clint Bowyer has been very good at Martinsville. The track ranks as his 4th-best track. If you take away the races when Bowyer was driving the HScott Motorsports car, Bowyer would have 9 finishes in the top-10 in his last 10 races at the track. Last year Bowyer finished 3rd and 7th at Martinsville. He is running a lot better this year, so I would not be surprised if Bowyer broke his 190-race winless drought.

Garage Driver: My Garage Driver this week will be Ryan Newman. I cannot use the studs every race so I need to take a chance when I can. I think this is a good week to put Newman in the Garage. He usually finishes between 12th – 16th at Martinsville, but his car has a lot of speed this week. He had the 5th fastest speed and the 4th best 20-lap average speed. I would love to use an allocation with Newman this week and save my other drivers for another track.

Here are my picks for the Martinsville…