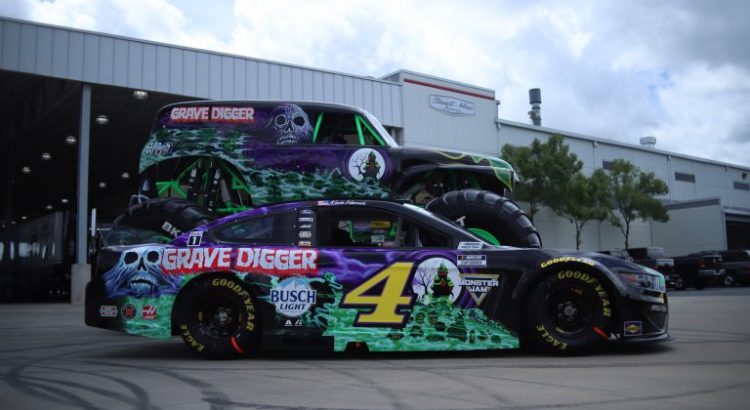 The Fantasy Live picks continue to score well. The picks scored over 200 points again at Sonoma and now they are beating 98.9% of the entries. We need to keep the hot streak going right through the summer and to the top of our league standing.

I took some time during the All-Star week to go through the Fantasy Live picks and map out the allocations we have left. I was surprised that everything is working out well and we should be in good shape for the last 10 races.

Before I get into the picks for Fantasy Live, let me discuss allocations…. I know many of you are worried about running out of allocations with Kyle Larson and other top drivers but believing in momentum has won me many Fantasy NASCAR championships. Last year Denny Hamlin finished 1st, 2nd, 2nd, 2nd and 1st over the summer. Everyone was worried about using up his allocations. Hamlin faded later in the summer and had an 11th place average finishing position after that hot streak. Kevin Havick won 8 of the first 27 races last year. Everyone wanted to save some allocations with the No. 4 car for the playoffs in other games. The No. 4 team went into a slump in the playoffs and did not even make the final 4. Momentum changes quickly in NASCAR so when a team is on fire like Hendrick Motorsports is right now… we need to use their drivers. Even if we run out of allocations. A win from Kyle Larson right now counts just as much as a win in the August.

Kyle Larson (3): I am down to three allocations with Kyle Larson but I am not worried about it. The No. 5 car is smoking the competition right now. Larson finished 1st, 1st, 2nd, 2nd and 2nd in his last 5 races. The most similar track to Nashville is Dover and Larson led 263 laps and finished 2nd in that race. I do not plan to use Larson at the two races at Pocono, any of the road courses or at Daytona, so that is 7 of the 10 races I do not need him in. I only need Larson for Nashville, Atlanta or Michigan. The No. 5 car was the fastest on all of the speed charts in practice so it looks like it will be “The Larson Show” again today.

William Byron (6): William Byron does not have the wins or 2nd-place finishes that Kyle Larson has, but he has been more consistent. Byron finished every race since February in the top-11. The two tracks most similar to Nashville are Dover and Darlington. Byron finished 4th in both of those races. The No. 24 car posted the  fastest speed in practice (tied with Kyle Larson), with the 10th fastest long-run speed in practice. Byron got some extra track time since he competed in the Truck Series race Friday. That should help him out today.

Chase Elliott (4): How can you fade any Hendrick Motorsports driver right now? They clearly have an advantage on the field. The track most similar to Nashville is Dover and all four Hendrick Motorsports drivers took the four top finishing positions, with Chase Elliott finishing 3rd. I have four allocations left with Elliott and I need three for Road America, Watkins Glen and the Indianapolis Road Course. I will use the other one this week at Nashville. Elliott posted the 3rd fastest speed with the 5th fastest long-run speed in practice. The No. 9 car will have a good chance to win today.

Alex Bowman (5): The word in the garage is that Nashville will race a lot like Dover. If that is true, we need to have the winner of the race at Dover in our lineups Sunday. Alex Bowman started 16th, led 98 laps and went to Victory Lane at Dover. The No. 48 car posted the 10th fastest speed in practice. Bowman did not have the speed that his teammates had in practice until Chad Knaus came to the garage and helped them with a setup similar as what Kyle Larson had. Bowman went back on the track and said, “This is what we needed. Good job guys.” I am rolling the dice that is will be another #1, #2, #3 and #4 finish for the Hendrick Motorsports cars today.

Kyle Busch (4): We all know that Kyle Busch is at his best when he has practice to dial in his car. Not only did Rowdy have a 50-minute practice for the Cup Series race, he also won the Xfinity Series. It was his 100th win in that series and it should have Busch extra motivated today. Rowdy starts 2nd so he should score a lot of Stage points and finish in the top 5.

Garage Driver Kevin Harvick (6): NASCAR used the 750 HP aero package at Darlington and Dover. Darlington is the same size track as Nashville (1.3-miles) and Dover has the same surface (concrete). Kevin Harvick finished 6th in both of those races. He also has two wins at Nashville in the Xfinity Series and never finished outside the top-10 at this track. Harvick posted the 3rd fastest speed over the long-runs in practice and Stewart-Haas Racing looked fast in qualifying. I will have Harvick as my insurance policy in the Garage today.