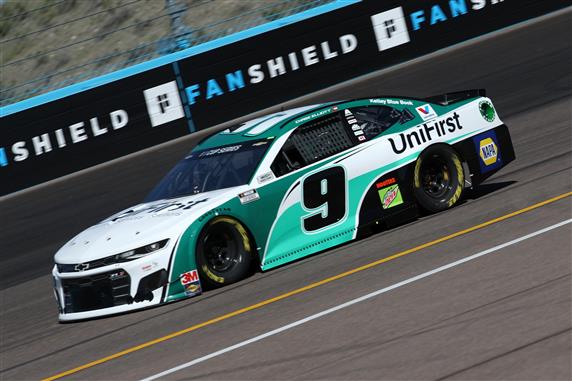 The Fantasy Live picks are off to a hot start. The picks have beaten 99% of the competition for eight consecutive seasons and they are off to one of the best starts I have ever had. The picks scored 591 points this season and are currently beating 99.7% of the entries on the nascar.com website. There is still room for improvement. I expect another solid race in the desert. The Fan Shield 500 can be seen Sunday at 3:30 p.m. ET on Fox.

Here are my picks for the race in Phoenix….

Kyle Busch: I have not used any allocations with Busch this season but that will change Sunday. Busch has won two of the three races at Phoenix since the track was reconfigured. He also got a tune up race on Saturday to figure out the tire wear for the Fan Shield 500. Busch posted the 2nd fastest speed in final practice and he qualified 10th. Busch should score a lot of Stage points and have a good chance to win his 4th race at the track Sunday.

Denny Hamlin: Hamlin destroyed the competition in the race at Phoenix four months ago. There will be a new aero package used in this race but I still expect Hamlin to be good. He led 193 laps in the 2017 race at Phoenix using this aero package so he knows how to dominate this race. Hamlin only posted the 16th fastest speed in final practice but the No. 11 team was working on their long-run speed. Hamlin was 4th fastest on the 10-lap speed chart and he made that run late in practice. Hamlin starts 3rd so he should score a lot of Stage points and have a good chance to finish in the top 5.

Chase Elliott: Hendrick Motorsports is running too well this season to ignore. I need at least one of their drivers in my lineup and I feel like Elliott is the best choice. The No. 9 car finished 2nd and 3rd in the two races using the current aero package in 2017. They brought another fast car to the track this week. Elliott posted the fastest speed in final practice with the 8th fastest 10-lap average speed, and the 5th fastest speed on the 15 and 20-lap speed charts. Elliott qualified on the pole and he should score a lot of Stage points and finish in the top 5 Sunday.

Joey Logano: Logano has been hit or miss at Phoenix in his career and this week the No. 22 car looks like a hit. Logano posted the 7th fastest speed in final practice but 4 of the cars that were faster were in race trim while The No. 22 car stayed in race trim. Logano was 3rd fastest on the 10-lap, 15-lap and 20-lap speed charts. Logano led 93 laps in the last race at Phoenix and he should spend a lot of time up front Sunday. I already used Logano 3 times so I will start him in the Garage and hope I do not need to put him in the race Sunday.