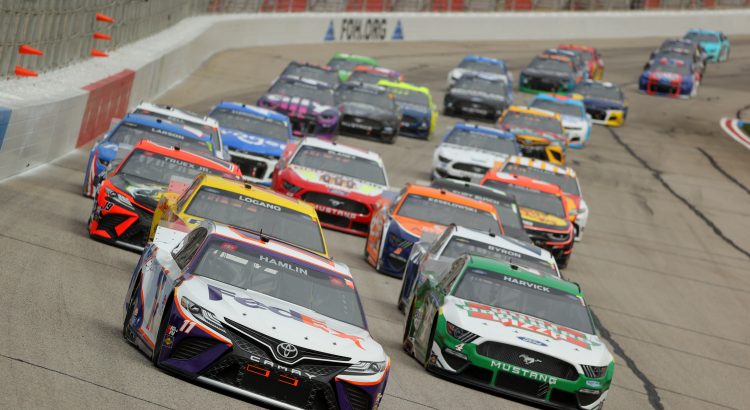 NASCAR will travel back to Atlanta Motor Speedway Sunday. The Cup Series last competed on this old worn out track in March. The Race was completely dominated by Kyle Larson, but most of the races this season have been dominated by the No. 5 car. The race this week will be hotter, slicker and have 65 less laps from what was run at Atlanta in March. Can any team dethrone the Hendrick Motorsports drivers? It will be fun to see if any teams have made any gains in HMS. The Quaker State 400 can be seen Sunday at 3:30 p.m. ET on NBCSN.

Here are my picks for Quaker State 400…

Denny Hamlin (1): Denny Hamlin got off to a red-hot start in 2021. He finished 8 of the first 9 races in the top-10. One of those top-10 finishes was his 4th-place finish at Atlanta. Hamlin started on the pole, led 27 laps and scored 8 Stage points. His average finishing position at Atlanta in the current aero package is 6th. Hamlin starts 3rd and should have a good chance for a top-five finish Sunday.

Kyle Busch (3): Kyle Busch is on a heater right now. Rowdy has finished 5 of the last 6 races in the top 5 with a 4.1 average finishing position. Busch is at his best when he gets a practice race Saturday. Rowdy will compete in his last Xfinity Series of his season (and possibly of his career) this week. The extra seat time should help him to win the race Sunday. Busch has finished 5th, 2nd, 6th and 7th in the current aero package at Atlanta. He starts from the front row and should be a lock for a top-5 finish Sunday.

Kurt Busch (8): “A bird in the hand is better than two in the Bush,” the saying goes… Well, I will have “two in the Busch” Sunday. Kurt Busch is on a heater, just like his brother. He finished 4 of his last 5 races in the top-eight. Atlanta ranks as his best track. He was wrecked by Denny Hamlin while running 4th at Atlanta in March. Busch finished 6th, 3rd, 8th, 7th and 4th in his previous five races at this track. Busch is point racing right now so he should score a lot of Stage points and finish in the top-10 Sunday.

Ryan Blaney (5): This should be a good race to use an allocation with Ryan Blaney. Blaney is always fast at the 1.5-mile tracks and he won the race at Atlanta in March. His win had a lot to do with pit strategy, but the race Sunday should come down to pit strategy again. Blaney should be a lock for a top-10 finish with the upside to go to Victory Lane again.

Garage Driver Chase Elliott (3): Chase Elliott is still looking for his first win at his home track in Atlanta. His father has five wins at Atlanta and it is only a matter of time before Elliott is holding the checkered flag in Victory Lane. Elliott had engine failure in the race in March. He starts on the pole and should score a lot of Stage points and have a good chance to win the race. I will have Elliott in the Garage as an insurance policy Sunday.