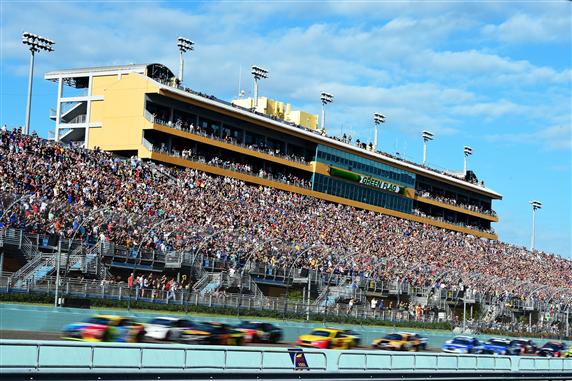 Fantasy Live has once again been the best game for the FantasyRacingTips.com website. The picks posted this year have scored 6388 points. They have outscored 99.7% of the players in the game and set up most of the people who have been using the picks all season at or near the top of their league standings. I monitored the NBC Sports picks (Dan Beaver, Steve Latarte) and the nascar.com picks (R.J. Kraft) and the picks posted here crushed them once again. I greatly appreciate the opportunity to help you in 2019 and I hope you choose to use this site again next year.

Here are my picks for the race in Homestead….

Denny Hamlin: Hamlin has a lot going for him Sunday. He enters the race after winning last week at Phoenix. Hamlin also has more wins at Homestead than any other driver in the series. The No. 11 car has finished five of the last six playoff races in the top five. He also leads the series with two wins at Homestead. Hamlin will lead the field to the green flag and he has the No. 1 pit stall. The No. 11 car posted the fastest long-run speed in final practice. I think this team is on a mission to win the championship for J.D. Gibbs (founder of the No. 11 car). I am not betting against fate.

Martin Truex Jr.: Truex came 10 laps short last year of winning back-to-back MENCS championships last year. The No. 19 car will be in Victory Lane Sunday if the best driver from the 2019 season is going to win the championship. Truex won a series-high 7 races and led 1,268 laps. The No. 19 team has been money in the bank at Homestead since 2016. Truex won the race in 2017 and finished 2nd last year. He is almost a lock to finish in the top 5 again Sunday. Truex had the 2nd fastest car behind Hamlin in practice so I will roll the dice with 2 JGR cars Sunday.

Kyle Larson: Larson has been the most consistent driver at Homestead and he is the best on worn out tracks. Larson has finished 3 of the last 4 races in Miami in the top 5. He has led an average of 107 laps over the last three races at Homestead. Larson has also been great at scoring Stage points. He finished 1st, 2nd, 1st and 1st in the 4 Stages the last 2 seasons. Larson will be up front Sunday so I will use him in my lineup.

Brad Keselowski: Keselowski is one of the best drivers on high tire wear tracks so the No. 2 car should run in the top 10 Sunday. The No 2 car won the race at Atlanta, finished 3rd at Auto Club, 5th at Chicagoland and 5th at Darlington. Homestead requires drivers to manage their tires and Keselowski has been the best in the business this season. He has only finished outside the top 7 once at Homestead since 2012. He should be a lock for a top 10 finish Sunday.

* The championship four drivers are almost a lock to run in the top 5 Sunday because every non-playoff driver will give them plenty of room and make it easy for them to pass. There is no need to use a playoff driver in the Garage spot because there is little risk in using any of the four this week. For that reason I will choose a non-playoff driver for my Garage pick.

Joey Logano: Logano won this race last year. He said the team “hit on something” and I am sure they did not forget what helped them get to Victory Lane last year. Logano will roll off the grid from the 5th position Sunday. That is the best of the non-playoff drivers. Track position is going to be important. I expect Logano to score a lot of Stage points and finish in the top Sunday.