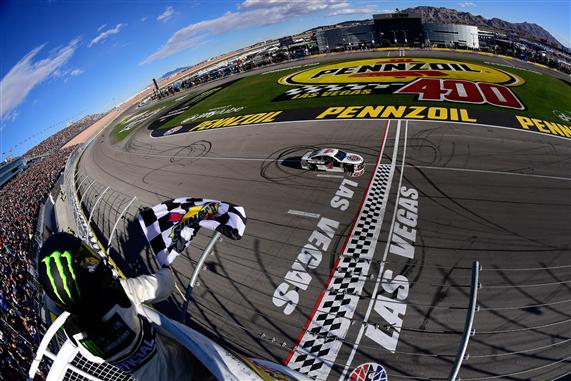 My strategy last year was to select a Non-Playoff for the Garage pick. My theory was… The drivers who are running for the championship typically run up front and do not have problems. The Non-Playoff Drivers missed the playoffs because they finish in the back and often have problems. I rather have more options to play from the Non-Playoff Drivers since there are no allocation limits and I typically can find two Playoff Drivers who can run up front all night. Most people select a Playoff-Driver for the Garage ad this gives us an advantage over the field.

This week we must select our driver to win the championship. I selected Denny Hamlin because of the hot streak he has been on and how well he runs at Homestead. Hamlin has finished 7 of the last 8 races in the top 5. He also has 2 wins at Homestead. If Hamlin can get to the Final Four, he will have a good chance to take home the trophy. If you correctly select the Championship Driver, you will earn 60 bonus points.

Here are my picks for the race in Las Vegas….

– Kevin Harvick has a great chance to dominate this race. He starts 3rd and he should be able to take the lead from his Stewart-Haas Racing teammates. I expect the No. 4 car to score the most Stage Points and have a good chance to win the race.

– I am not worried about the starting spot for Kyle Busch. There are 80 laps in Stage 1 so each team will have to pit before the end of the Stage. I expect Busch to pass 10 cars on his own and his pit crew to pick him up 4-5 spots. He should be in the top 5 by the end of the Stage.

* If you want to be contrarian and play it safe, Chase Elliott is a good choice. The No. 9 car had a lot of speed in practice and Elliott starts 8th. He should score a lot of Stage points Sunday night.

– You almost have to start Daniel Suarez when he starts 2nd. I am not sure how long he will stay up front but he should score some Stage points and finish in the top 12.

– Jimmie Johnson seems to be more motivated to win now that he has been eliminated from the playoffs. He had a lot of speed in practice and now he starts 9th. Johnson should score some Stage points and finish in the top14.

I think you need an extra bullet in you Non-Playoff Driver gun so I am using Ricky Stenhouse Jr. in the Garage. He said in practice, “This is the best car we have had all season.” He qualified 12th and there is a good chance he finishes in the top 10. Stenhouse finished 6th in the first race at Las Vegas this season.