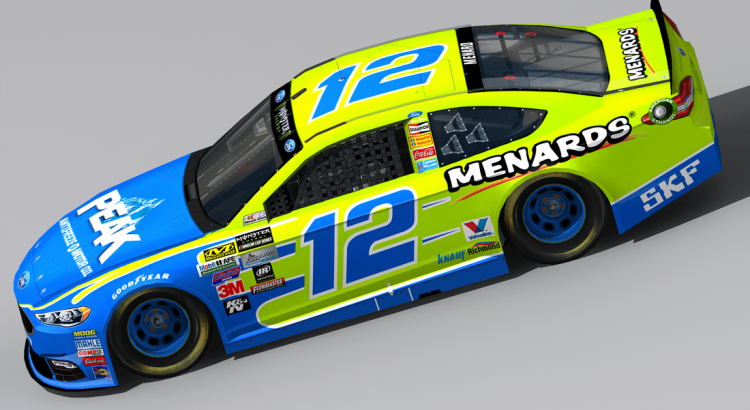 2017 RECAP: Ryan Blaney was one of the most improved drivers in 2017. He finished 20th in the points standings in his rookie season and followed it up with a 9th place finish last year. Blaney had 14 finishes in the top 10 and four finishes in the top five (Daytona, Pocono and both races at Kansas). The highlight of his season was his trip to Victory Lane at Pocono. He has a bright future. Fans should get used to seeing Blaney taking the checkered flag in many races.

2018 Preview: Ryan Blaney will leave Wood Brothers Racing to drive the No. 12 car for Team Penske. This move was one of the worst kept secrets in the sport. Blaney was essentially a third driver for Team Penske last year so the switch should have no affect on his fantasy value. Blaney will bring Jeremy Bulins with him to the No. 12 car. The two have worked well together in the past and I expect them to win multiple races in 2018. Blaney is at his best at the 1.5-mile tracks but he is a driver that can be considered for your fantasy team at any track next year.

Ryan Blaney was one of the best drivers on the Intermediate tracks (1.5-mile and 2-mile ovals) last year. Blaney ranked 10th in fantasy value and no driver was better than him at Kansas. Blaney won the pole for the 1st race at Kansas, led 83 laps and finished fourth. He came back in October and was forced to start 40th. He was still able to drive through the field and finish third. Blaney had a 12.7 average finishing position at the Intermediate tracks last year. He is a must start driver at Kansas and he should be considered at all other 1.5-mile tracks as well.

Ryan Blaney came so close to winning the Daytona 500. The young drivers were battling it out at the end of the race ad it looked like Blaney was going to take the checkered flag but the veteran, Kurt Busch beat the young drivers to the finish line. As long as Blaney has Brad Keselowski and Joey Logano to work with, he will have a lot of fantasy value at the Superspeedways (Daytona and Talladega).

Ryan Blaney is not the best pick at the Flat tracks (Phoenix, Richmond, Martinsville and Loudon). Richmond ranks as his worst track. He had some success at Phoenix (finished both races in the top 10 in 2016) and Loudon (finished 9th in September). I would fade him at Martinsville and Richmond and wait to see how he qualifies and practices at Phoenix and Loudon before I would select him for your fantasy team.

Ryan Blaney is not very good at the Steeps tracks (Bristol, Dover and Darlington). Blaney ranked 20th at these tracks in 2017. His average finishing position at the tracks are 22.2 at Bristol, 24.6 at Darlington and 25.2 at Dover. These are three of his worst tracks. There are better drivers for your team when the MENCS competes on the Steep tracks.

Ryan Blaney is starting to figure out the Road Courses (Sonoma and Watkins Glen). Blaney ranked 3rd in fantasy value at the two tracks in 2017. He finished 8th in both of the races. Most people do not consider Blaney a good Road Course driver so he will be a good sleeper pick for your team at these tracks in 2018.