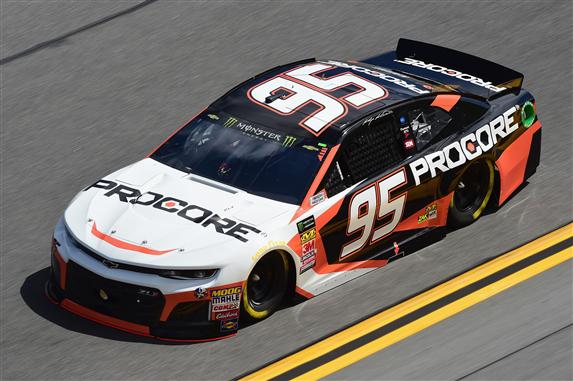 2018 RECAP: It is hard to believe that Matt Dibenedetto has four full seasons in the MENCS on his resume. Last year was the first time he finished inside the top 30 in the point standings. It was not by much though. Dibenedetto finished 29th and only scored six finishes inside the top 20 (16th at Texas, 16th at Richmond, 19th at Talladega, 17th at Sonoma, 7th at Daytona and 13th at the Charlotte Roval). Go Fas Racing wasn’t able to provide the cars with enough speed to compete with the higher-funded teams in the sport. It should be a lot different for Dibenedetto in 2019. (Matt Dibenedetto ranked 31st in fantasy points scored in 2018)

2019 Preview: Kyle Larson said a few years ago, “Matt Dibenedetto is the best driver I competed against as a kid in California. I always knew that if I beat Matt, I beat the best, but I did not beat him often. If he ever gets in a good car, he could have a lot of success.” Last year Dibenedetto took a gamble. He announced he was not resigning with Go Fas Racing before he had a new ride for the 2019 season. Gambling on his talent paid off.  Leavine Family Racing decided to sign Dibenedetto to a two-year deal. Now he will get a chance to prove he has the talent Larson has been talking about.

Leavine Family Racing signed an alliance deal with Joe Gibbs Racing. They will essentially fill the void left by the departure of Furniture Row Racing. This is a huge jump in equipment for Dibenedetto. Mike Wheeler served as the crew chief for Denny Hamlin for the past three seasons and now he will move over to the No. 95 car to call the shots for Dibenedetto. Having a veteran crew chief that understands how JGR works will help the transition for the No. 95 team. This could be the biggest sleeper team in Fantasy NASCAR in 2019.

Matt Dibenedetto is a great sleeper pick on the Superspeedways. He has finished in the top 13 in three of the last four races at Daytona. He also ran well in both races at Talladega last year. The Toyotas are good at working together at these tracks. I expect Dibenedetto to line up behind Kyle Busch, Martin Truex Jr., Denny Hamlin and Erik Jones and follow them around the track. Having four of the best teammates in plate-track racing should help Dibenedetto in 2019. He is definitely worth a spot in your lineups at Daytona and Talladega. (Matt Dibenedetto ranked 24th in fantasy points scored on the Superspeedways in 2018)

Matt Dibenedetto will have some value at the flat tracks (Phoenix, Richmond, Martinsville and Loudon) in 2019. Phoenix ranks as his fifth-best track. He finished 21st at ISM in November. He also had one of his best races of the season in the spring race at Richmond. Dibenedetto qualified 27th and finished 16th. I would recommend watching how Dibenedetto performs at the first races at Phoenix and Richmond. If he runs well, he will be worth a spot on your team when the MENCS returns to the tracks in the fall. I would stay away from him at Loudon and Martinsville. These two tracks rank as two of his worst. (Matt Dibenedetto ranked 31st in fantasy points scored on the flat tracks in 2018)

Do not be surprised to see Matt Dibenedetto compete for the win at Bristol. It is by far his best track. Dibenedetto has a 20th-place average finishing position at Bristol and that is in some of the slowest cars on the track. Having the full support of Joe Gibbs Racing should help him run in the top 10 and maybe the top five in Thunder Valley. There are better picks for your team at Dover and Darlington. He is not very good at these two steep tracks. (Matt Dibenedetto ranked 30th in fantasy points scored on the steep tracks in 2018)

Matt Dibenedetto is not the first name that comes to mind when people think of Road Course racing. He is pretty good though. Dibenedetto finished 13th in the first Charlotte Roval race and 17th at his home track in Sonoma. He will be a good allocation saver in the Driver Group Game at these two tracks and worth a spot in your Daily Fantasy Sports (DFS) lineups if the price is right. I would stay away from him at Watkins Glen. His average finishing position in upstate New York is 30.25. (Matt Dibenedetto ranked 23rd in fantasy points scored on the road courses in 2018)