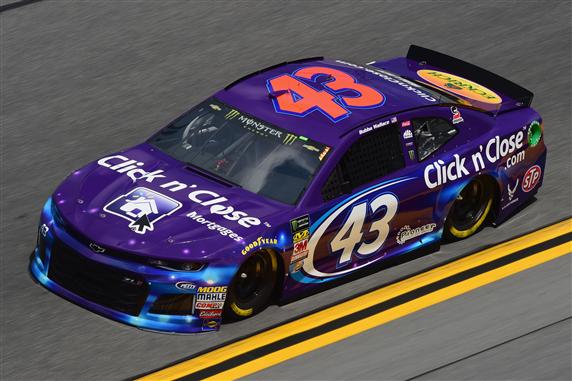 2018 RECAP: 2018 was not a good rookie season for Darrell Wallace. Most people expected a lot more from him after he finished three of his four races in 2017 inside the top 20 while filling in for Aric Almirola. Wallace only had nine finishes inside the top 20 in 2018. Four of the nine top 20 finishes came at the Superspeedways (Daytona and Talladega). Wallace had an average starting position of 24.8 and an average finishing position of 24.5. He only had two finishes on non-plate tracks in the top 10 (Phoenix 8th and Texas 10th). Wallace finished 28th in the point standings and it will be hard for him to improve with Daniel Hemric, Ryan Preece and Matt Tifft entering the Cup Series. (Darrell Wallace ranked 29th in fantasy points scored in 2018)

2019 Preview: Teams usually make a lot of changes in the offseason when they struggle as bad as Richard Petty Motorsports did in 2018. That is not the case for the No. 43 team. RPM will continue to have an alliance with Richard Childress Racing and Drew Blickensderfer will once again serve as the crew chief. Wallace and most of the sponsorship is signed through the 2020 season, so at least the team has some stability. It is hard to imagine them improving much since everything is the same.

Darrell Wallace had fantasy players excited about his value after a second-place finish in the 2018 Daytona 500. His season was all down-hill after that. The only tracks where he consistently had good results were on the Superspeedways. I expect this team to struggle to score top 20 finishes in 2019. Whatever you do, do not use Wallace on the Road Courses. He looked totally lost at these tracks last year.

If you are going to use Darrell Wallace in Fantasy NASCAR in 2019, it should be at the Superspeedways (Daytona or Talladega). He outperformed what most people expected of him at these tracks in 2018. Wallace finished 2nd in the Daytona 500, 16th in the GEICO 500 at Talladega, 14th in the Coke Zero 400 at Daytona and 19th in the 1000Bulbs.com 500 at Talladega. That is an average finishing position of 12.75 in his four Superspeedway races. That is pretty good. Wallace should be in your lineup at Daytona in the Driver Group Game and he will have a lot of value in DFS if he qualifies outside the top 25 at these tracks in 2019. (Darrell Wallace ranked 9th in fantasy points scored on the Superspeedways in 2018)

Darrell Wallace really struggled at the flat tracks (Phoenix, Richmond, Martinsville and Loudon) in 2018. He finished 24th at Loudon, 27th and 25th at Richmond, 34th in both races at Martinsville and 28th and 10th in the races at Phoenix. His 26th average finishing position at these tracks is bad but the good news is… the 10th-place finish in November at Phoenix was one of his best races of the season. The flat tracks are a “driver’s track”. That means 80% of the race comes down to the driver’s ability to manage the car and 20% of the aerodynamics of the chassis. Wallace does not have these tracks figured out yet, so I would stay away from him at Phoenix, Richmond, Loudon and Martinsville.  (Darrell Wallace ranked 28th in fantasy points scored on the flat tracks in 2018)

Darrell Wallace was not very good at the steep tracks (Bristol, Dover and Darlington) in 2018. He had some success at Bristol (finished 16th in the spring race) but struggled in the other races (finished 38th in the fall race at Bristol, 23rd and 25th at Dover and 26th at Darlington). His 25.6 average finishing position on the steep tracks is not what you want for your fantasy team. I would stay away from him at these tracks until he can consistently finish inside the top 20. (Darrell Wallace ranked 26th in fantasy points scored on the steep tracks in 2018)

Have you ever seen a fish out of the water? Watch Darrell Wallace at the Road Courses in 2018 and it is about the same thing. A lot of flopping around and running into everything in sight. I was really worried about him making it through the Charlotte Roval alive. He crashed in about every corner in practice. Wallace finished 29th at Sonoma, 25th at Watkins Glen and 36th at the Charlotte Roval. I can think of 32 drivers I would use over Wallace on the Road Courses. He is not a good pick for your team. (Darrell Wallace ranked 33rd in fantasy points scored on the road courses in 2018)