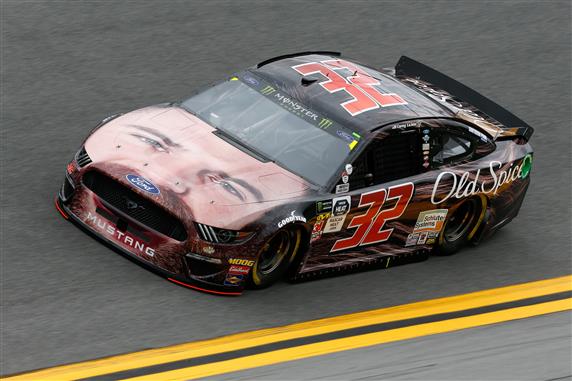 2019 RECAP: Corey LaJoie started the season with an 18th place finish in the Daytona 500. It was not his only solid run in the No. 32 car. LaJoie finished 11th at Talladega, 12th at Charlotte, 6th at Daytona in July, 19th at Indianapolis, 7th at Talladega and 18th at Martinsville. He was one of the best sleeper picks at the Superspeedways. LaJoie had a lot more value in DFS (Daily Fantasy Sports) than he had in season-long leagues and I expect the same in 2020. (Corey LaJoie ranked 29th in fantasy points scored in 2019)

2020 Preview: I have Corey LaJoie ranked one spot lower than where he finished in fantasy points last season. The reason for the lower ranking is not because I do not expect as much from LaJoie in 2020 but because the competition will be tougher. The addition of Christopher Bell, Cole Custer, Tyler Reddick and John Hunter Nemechek will make it tougher for LaJoie to finish inside the top 20. He will still be one of the best value picks on the Superspeedways this year.

This could be a breakout year for GO FAS Racing. The team announced an alliance with Stewart-Haas Racing for the 2020 season. The No. 32 team will receive chassis, data and technical support from SHR. The cars will not be brand new cars but they will be from the fleet of cars SHR used in the 2019 season. They will still be a lot better than what GO FAS Racing had in 2019. The team will also get data from SHR to help with the setups for their cars. This has to improve the performance of the No. 32 car and make it as good as or better than the cars from Front Row Motorsports (Michael McDowell and John H. Nemechek) and Germain Racing (Ty Dillon).

Corey LaJoie was not a driver we could trust on the 1.5-mile tracks last year. His only top-20 finish came in the Coca-Cola 600 at Charlotte but that race is not a normal intermediate track race. It is hard to put too much stock into what happens in that marathon race. Lajoe had a 29.1 average starting position and a 27.1 average finishing position on the 1.5-mile ovals in 2019. He may be better in 2020 because of the support from SHR, but I would take a wait and see approach with him. If LaJoie runs well at Las Vegas, Auto Club and Homestead, we can start using him in our DFS lineups. (Corey LaJoie ranked 31st in fantasy points scored on the intermediate tracks in 2019)

Corey LaJoie had an outstanding season on the Superspeedways in 2019. His average starting position in the four races was 32.7 and his average finishing position was 10.5. LaJoie was the sixth best pick for your DFS lineup each time the series competed at one of these large tracks. He won a lot of people a lot of money and he is definitely worth a place in your lineup in 2020 since he will get more help from his SHR alliance-mates. LaJoie has more risk in season-long league (Fantasy Live and Driver Group Game) so I would look for safer drivers for your lineups in those leagues. (Corey LaJoei ranked 6th in fantasy points scored on the Superspeedways in 2019)

Corey LaJoie did not have much value on the flat tracks in 2019. He did finish 18th at Martinsville in late October but that had a lot to do with the top drivers wrecking and LaJoie simply staying out of trouble. His average starting position at these tracks was 28.8, his average running position was 29.2 and his average finishing position was 28.2. Louden ranks as his fifth-best track and Martinsville is his sixth-best track so he is worth a cheap dart throw pick in DFS at those tracks but I would not rely on him in your season long leagues at the Flat Tracks. (Corey LaJoie ranked 30th in fantasy points scored on the flat tracks in 2019)

Corey LaJoie is a lot better when he only has to make left-hand turns. Watkins Glen is his second-worst track (average finishing position of 33.5 in his two races) and Sonoma is his fifth-worst track (finished 32nd in his only start at the track). LaJoie only has one start at the Charlotte Roval on his resume. He started 26th and finished 27th with a 28.7 average running position. There are better choices for your fantasy team when the Cup Series competes on the Road Courses. (Corey LaJoei ranked 31st in fantasy points scored on the road courses in 2019)