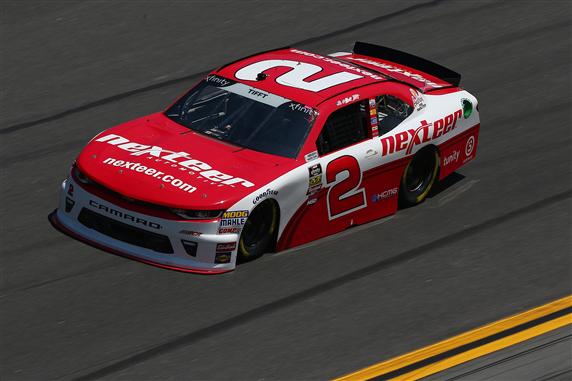 Matt Tift is a talented driver. The move to the Cup Series will be difficult for the young driver (22 years old), so I would expect him to start out slow. Having two veteran teammates who are more than willing to help him out should give him a chance to finish a handful of races in the top 20. Fantasy players will have to keep an eye on Tifft during the season. He could have some value in Daily Fantasy Sports (DFS) and salary cap games if the price is right.

Matt Tift could be worth a dart throw at the Superspeedway tracks (Daytona and Talladega). Any driver who starts the race has a realistic chance of finishing in the top 15. Tifft has competed in five races in the Xfinity Series at Daytona with an average finishing position of 17.8. He also competed in three races at Talladega with an average finishing position of 13th. I would prefer his teammates (David Ragan or Michael McDowell) at these tracks, but Tifft could be a good pick at Talladega in a One & Done game.

The flat tracks (Phoenix, Richmond, Martinsville and Loudon) are the second-best type of tracks for Matt Tifft in the Xfinity Series. He finished 5th at Loudon, 3rd and 7th at Phoenix, 4th and 5th at Richmond (The Xfinity Series does not compete at Martinsville). The competition will be a lot tougher in the Cup Series so I would not expect any finishes inside the top 20 for Tifft at these tracks in 2019. He could have some value in DFS and salary cap games as a cheap option to allow you to elect the higher-priced drivers.

Matt Tifft was good but not great at the steep tracks (Bristol, Dover and Darlington) in the Xfinity Series. He finished 10th and 35th at Bristol, 8th and 15th at Dover and 8th at Darlington. Usually rookies have a hard time in their first Cup Series races at the steep tracks. Finishing on the lead lap will be an accomplishment for Tifft in these races in 2019.

If Matt Tifft is going to have any success in 2019, it will be on the road courses. He is a good sleeper pick at these tracks. Tifft finished 2nd at Road America, 4th at Mid-Ohio, 6th on the Charlotte Roval and 37th at Watkins Glen (Tifft was running 5th when he was spun out). If you are going to use Tifft in a One & Done game, I would use him at the Charlotte Roval. He has the talent to finish in the top 20 on the road courses and aerodynamics do not play a part in these races so Front Row Motorsports should be able to compete. I would also take a look at him in DFS at these tracks. If he qualifies deep enough in the field, he could score enough points to win you some money.