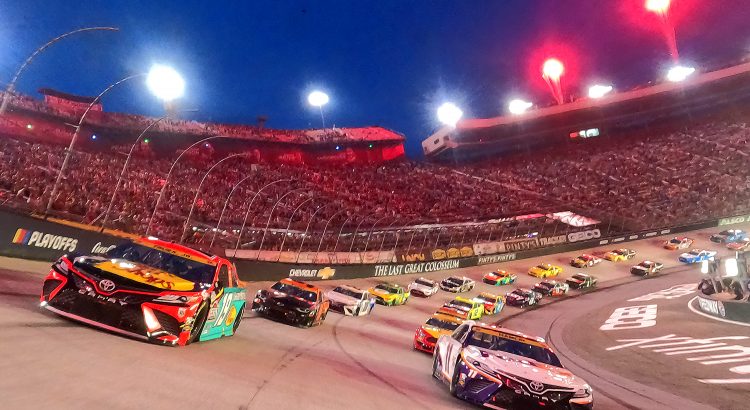 How crazy has the 2022 season been? There are 32 fulltime Cup Series teams and 18 of them have been in Victory Lane. There have been two playoff races and both have been won by drivers who are no longer competing for the championship. This is the most unpredictable seasons ever and now they will travel to a track where anything can happen. The craziness will continue in Thunder Valley this week for sure. 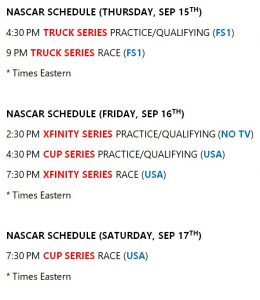 * Once again NBC will not televise the Xfinity Series practice and qualifying. It is scheduled to be on the NBC Sports App. (Can we bring back Fox Sports yet?)

The Bristol Night Race is the Talladega of short-track racing. The racing is going to be exciting, but there is going to be a lot of wrecks. There are a lot of drivers will scores to settle. Half of the field wants to pay back Ross Chastain for his aggressive driving this season and Daniel Suarez has made it known that he owes Christopher Bell after the No. 20 car wrecked the No. 99 car at Darlington. The good news is that the cars who wreck at Bristol usually continue to race.

So how do we handicap this crazy race in this unpredictable season? Track history means more at Bristol than it does at most of the other tracks. It is truly a driver’s track. So drivers know how to get around this high-banked, short track better than others.

I used the driver’s data from previous races at Bristol (not including the dirt races) and the data from the other high-banked tracks (Dover, Darlington and Nashville). I also figured in momentum (but did not include any data from Daytona).

* These rankings will be updated Friday after qualifying