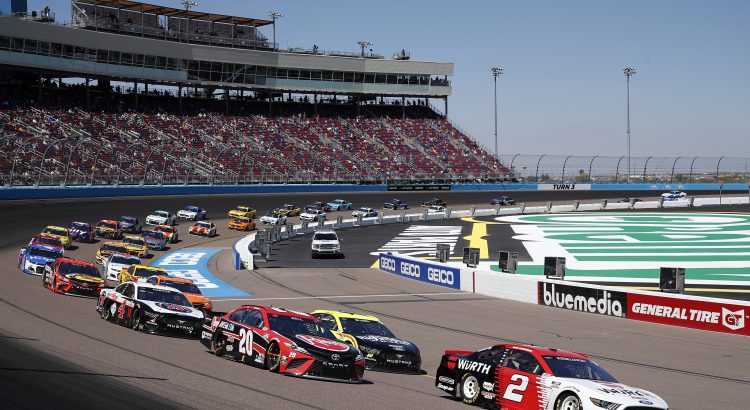 NASCAR will complete their “West Coast Swing” this week when they head back to Phoenix Raceway. So far we had a chance to see the Gen-7 car on a Super Speedway, a two-mile D-shaped oval and a 1.5-mile Tri-oval track. Now we will get to see how the new car performs at one-mile flat track. The racing at the short, flat track at the L.A. Coliseum was really good. I expect the same this week. The Ruoff Mortgage 500K can be seen Sunday at 3:30 p.m. ET.

The racing has been great this year and the fans who love wrecks have also been entertained. The average number of cautions at Auto Club in the Gen-6 car (the car from 2013 – 2021) was four per race. There were a record 12 cautions at Auto Club two weeks ago. The average number of cautions at Las Vegas in the old car was five per race. Last week we had 12 cautions (second-most of all time at LVMS). The 31 cautions through three races have been the most in NASCAR history. So what will we see at Phoenix Race?

The spring races at Phoenix tend to have a lot of cautions. The Championship race is typically tame because the drivers not competing for the championship do not race as hard and try to stay out of the way. The average number of cautions in the spring race is nine. The horsepower will be reduced from what they had last year so maybe that will help the drivers control the cars. The Cup Series used the 750 HP package last year and they will use a 670 HP package Sunday.

What makes Phoenix Raceway so fun to watch is the dog-leg coming out of turn-four. Many drivers try to take a short-cut across the apron and slide back onto the track. I doubt that is going to work with the Gen-7 car. This new car has had problems bottoming out at Auto Club and Las Vegas. Now the drivers may be asked to slide it from the flat apron, onto to slightly banked track. It could get ugly this week. I am excited to see who will be the first driver to cutting the dogleg either in practice or in the race.

It is going to be tough to predict these races until we see the cars on similar tracks. The L.A. Coliseum is a short, flat track but Phoenix Raceway is 4X’s larger. I will take some of the data from the Busch Light Clash at the Coliseum to generate the rankings. Phoenix is considered a short-track, but aero-dynamics come into play. Some drivers say it races more like an intermediate track than it does a short track. For that reason, I will take some of the data from the race last week at Las Vegas too. I will factor in the driver rankings for the last 12 races at Phoenix (six years), so we have an idea of which drivers performed well in all types of aero-packages at Phoenix.

The Cup Series tested the Gen-7 Car at Phoenix in January. Here are the test speeds: Phoenix Test Speeds

The best way to figure out who will be fast is to look at the practice speeds. So far this year, the speeds from practice have translated into race speed. Be sure to check back Saturday night for my updated rankings.

Here are the rankings for the Ruoff Mortgage 500K…