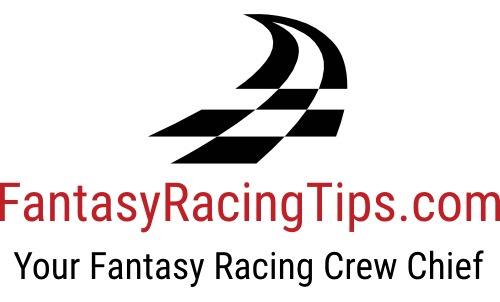 NASCAR is back! When the cars finally get back on the track it will have been 71 days since we  last had a “real” race. It has been too long and I am ready to get back to work and help each member kick some butt in their Fantasy NASCAR leagues.

A monthly membership typically covers four races. My initial thought when the season was suspended was to credit everyone the number of races that they missed. So if you already received two races, you would get two races credited to your account. If you received three races you would receive a one race credit and so on…

To make it simple… I am going to give everyone who had an active monthly membership for the scheduled Atlanta race (March 15th) credit for the next four races (May 17th Darlington, May 20th Darlington, May 24th Charlotte and May 27th Charlotte). If you signed up or renewed your membership for any of the I-Races you will get credit for the next four races as well. That also includes the Truck Series and Xfinity Series races from May 19th through May 26th for Prime Members. The updated memberships will expire May 28th. (You should receive an email stating your membership has been extended. It may go to your junk mail)

*The first four races back will not include any practice time for the Cup Series teams. Therefore, the Garage Talk Notes will not be included and will resume when the Cup Series decides to have practices again.

** I have to manually update the memberships but everyone who is eligible should be extended before the NASCAR Pro-Invitational Race Sunday. 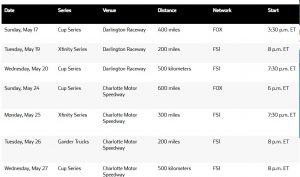 Thank you for letting FantasyRacingTips.com serve as your source of Fantasy NASCAR information for the 2020 season. We got off to a good start and I am not going to let a 71 day break stop us from winning our leagues or winning money in DFS.

Please be safe and stay healthy!!!!