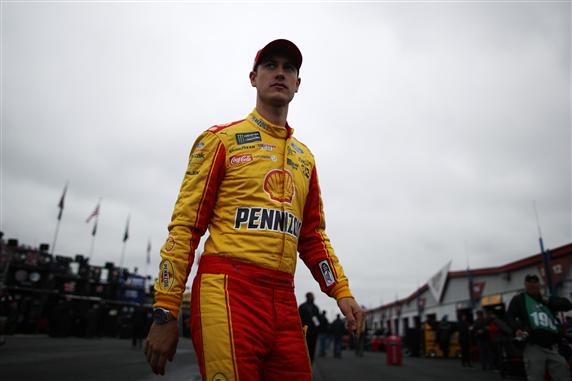 The MENCS heads back to Bristol Motor Speedway this week for Bass Pro Shops NRA Night Race. This is the last chance for teams to secure a spot in the playoffs. This race always comes down to fuel millage since teams can easily pit without losing a lap. I expect it to be even crazier than normal since it was moved to September on the race schedule.

All track activity was canceled Saturday so the teams will start the race without any laps to figure out what they have. The Garage Talks Notes will be different this week. Instead of posting information from the garage I posted stats and information for each team. I am not sure when they will race but Sunday is not looking very good right now.

Here are the Garage Talk Notes for the practices at Indianapolis…

The MENCS had a tire test at Indianapolis in June. The drivers who competed in the test session included Jamie McMurray, Daniel Suarez, Paul Menard and Ricky Stenhouse Jr. I expect these teams to unload with some speed this week since Goodyear is bringing the same tire to track which the teams used in the test session.

Chase Elliott: Elliott will run the Xfinity race Saturday. The extra track time should help him in the race Sunday. Elliott is on quite a hot streak. He has finished 5th, 7th, 1st, 9th, 3rd and 5th over his last 6 races (Average 5th-place finish). He also finished 7th and 10th in the 2 Pocono races this week. Everything is lining up for a strong run for Elliott Sunday.

Jimmie Johnson: Johnson cannot get his 2018 season kick started. He only has one top-10 finish in the last 6 races. He currently sits 19 points above the cutline to make the playoffs. I expect this team to play it safe and simply try to finish in the top 15 Sunday. That will secure their spot in the playoffs.

Alex Bowman: Bowman is the driver who is on the bubble of making the playoffs. He sits 16th in the standings and 68 points ahead of Ricky Stenhouse Jr. The No. 88 team will probably play it safe this week since they just need to finish the race and hope no one outside the top 16 wins Sunday.

William Byron: Byron won the Xfinity Series race at the Brickyard last year. It was the biggest win of his career. He said there is just something about this track that fits his driving style. Byron also finished 6th in the race at Pocono in July.

Kyle Larson: Larson should have some momentum this week after dominating the race at Darlington. Larson has competed in 4 Brickyard 400 and finished 3 of them in the top 10. His only non-Top 10 finishes was last year when he was running 4th and was involved in an accident.

Jamie McMurray: McMurray posted the fastest speed in the tire test session at the Brickyard in June. It is not surprising since Indianapolis is one of his favorite tracks. McMurray won the Brickyard 400 in 2010. His recently results have not been as good. His average finishing position in the last 3 races is 16.6.

Kevin Harvick: Harvick said on his “Happy Hours” radio show Tuesday that his team has one goal this week… Win the race. He wants as many playoff points as possible heading into Las Vegas. Harvick is using the car he ran in the 1st race at Pocono. The car qualified 2nd, led the most laps and finished 4th.

Clint Bowyer: They say teams bring their best equipment to Indianapolis… That is true with the No. 14 team. Bowyer will be driving the car he won the race at Michigan with in June.

Kurt Busch: Busch has been one of the best drivers this summer. He has not finished outside top 10 since Daytona (7 races). He will be driving the car he ran in the 1st race at Michigan. The car won the pole, led 45 laps and finished 3rd.

Aric Almirola: Almirola has finished 10 of the 25 races this season in the top 10, but his inconsistency makes it hard to predict when his next top-10 finish will be. I would not worry about his previous results at the Brickyard since he has never been in equipment like he has this year. The best we can do is look at his results from Pocono. He finished 7th and 25th… once again inconsistent.

Brad Keselowski: Keselowski has to be jacked up for the race this week after winning the Southern 500. Now he will go for another “major” win. Keselowski finished 2nd in this race last year and Indianapolis ranks as his 7th best track. It is no secret Team Penske once to score their first Brickyard 400 win so Keselowski should have a great car this week.

Joey Logano: Logano told the media last week, “The test at Richmond really helped us out. We try a lot of different things and then we hit on something and every clicked. Our cars are a lot faster now.” He is right. Team Penske finished No.1 and No. 2 last week. Logano has a streak of 5 consecutive top-10 finishes going at the Brickyard (5.2 average finish).

Ryan Blaney: Blaney will run the Xfinity Series race Saturday. The extra seat time should help him in the race Sunday. His teammates (Brad Keselowski and Joey Logano) are two of the best at this track so I expect Blaney to be up front. Last year he led 6 laps and had a 7.1 average running position before he was wrecked in the Brickyard 400.

Paul Menard: Menard was one of the drivers who tested at Indianapolis in June. That is a not a surprise since the Brickyard is his favorite track. Menard won the Brickyard 400 in 2011. He finished 10th and 16th in his last two races at the track. The Woods Brothers should be able to give him one of his best cars he has had at the Brickyard since his win in 2011.

Kyle Busch: Busch enters the race this week as the driver to beat. The No. 18 car has won 2 of the last 3 races at Indianapolis and was absolutely dominating the race last year before Martin Truex Jr. wrecked him while racing for the lead.

Erik Jones: Jones has only competed in one Brickyard 400 and he finished 31st. His results are misleading though. Jones qualified 9th, led 10 laps and had a 9.6 average running position in the race. Jones has finished 3 of the last 4 races this season in the top 5 so his car has been consistently fast.

Denny Hamlin: Hamlin practices well, qualifies awesome but finds problems in the race. Hamlin has won the pole for 3 of the last 4 races (Watkins Glen, Michigan and Darlington). His average finishing position is 11.3 in those races. He has a history of running well in the Brickyard 400 so the No. 11 car will have some speed this week.

Daniel Suarez: Suarez has a lot going for him this week. He tested at Pocono in June so the team should have an idea of how the tires wear over a long run. He had a career-best 2nd-place finish at Pocono and he finished 7th in his first race at the Brickyard last year.

Martin Truex Jr.: The No. 78 team led the headlines this week with their announcement of their departure from the sport at the end of the season. Truex and Cole Pearn are reportedly going to Joe Gibbs Racing to take over the No. 19 car. How much of a distraction will this be for the team?

Ryan Newman: This Indiana Hoosier native loves this track. He won the Brickyard 400 in 2013 and he finished 3rd last year. The No. 31 team is in a win or go home situation this week. I expect this team to use every strategy possible to get to the front Sunday.

Austin Dillon: Dillon will run the Xfinity Series race Saturday. The No. 3 team has been running better since they announced they purchased one of the scanning machines to help make their cars more prepared when they show up at the track. Dillon has a 11th-place average finishing position since the announcement was made.

Ty Dillon: Dillon will run the Xfinity Series race Saturday. Dillon does have a win in the Xfinity Series at the Brickyard and it is probably the biggest win of his career. The No. 13 team is slowly starting to show the same speed they had last year.

Regan Smith: Smith will be filling in for Kasey Kahne this week. I heard that Kahne may be finished for the season so we could see a lot of drivers in the seat of the No. 95 car. Leavine Family Racing said they want to take this time to audition some drivers for the 2019 season.  The No. 95 team said, “We are testing a lot of things right not to see what works.” I worry about this team’s motivation to run up front as it seems they are “playing for next year.”

AJ Allmendinger: Allmendinger is always a good sleeper pick when the series competes at the Brickyard. Any driver who competes in the Indianapolis 500 must love this track. Last year Allmendinger started dead last and finished 10th in this race.

Chris Buescher: Buescher is another good sleeper pick this week. He always runs well at Pocono (won in 2016), he finished 9th and 14th in his two previous Brickyard 400s and he is coming off of 4 consecutive top-20 finishes.

Darrell Wallace Jr.: Wallace may be in over his head in the MENCS. He has one finish inside the top 10 since May and it was at Daytona. His average finishing position in his last 7 races is 28.5. He will be making his series debut in the Brickyard 400 this week so this team has an upward battle if they want to finish in the top 25.

Ricky Stenhouse Jr.: Stenhouse tested at Indianapolis in June. Stenhouse sits 17th in the point standings and 63 points behind Alex Bowman. He will need to win the race to make the playoffs. I expect this team to use every trick in the book to try and steal a win Sunday.

Matt Kenseth: Kenseth has historically been one of the best drivers at the Brickyard. The problem is that he is no longer in a Joe Gibbs Racing car. Kenseth has finished most of his races this season between 15th and 20th. That is probably what we should expect from his Sunday.

David Ragan: Front Row Motorsports said they are very happy with their alliance with Roush Fenway Racing. Ragan has finished his last two races in 17th and 18th position. His history at the Brickyard is not great but his car should have more speed than what he has had in the past.

Michael McDowell: McDowell got off to a slow start this season but he is starting to show signs of improvement. He finished 20th at Darlington and the team was happy with their performance. McDowell finished 18th in this race last year and he should be a good fantasy option as long as he qualifies outside the top 20.