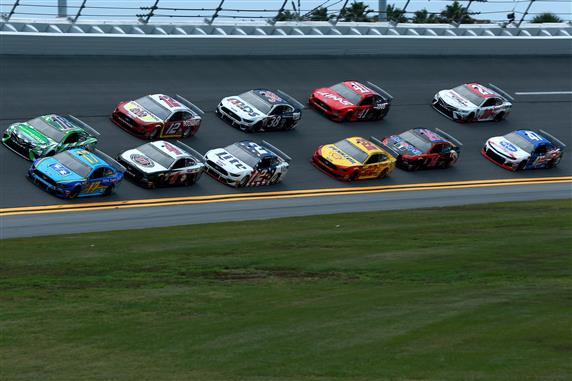 This is it… The race Saturday night is the last chance for the Cup Series drivers to secure a spot in the 2020 playoffs. The races at Daytona are always wild, but this could be the craziest race we have ever seen on this high-bank Superspeedway. There is a lot on the line so I expect more bumping and banging than we usually see at this track. It should be fun to watch. The Coke Zero 400 can be seen Saturday at 7:30 p.m. ET on NBC.

Last Race: Rolling the dice and using Austin Dillon as my pick Sunday was the right decision. Dillon finished ninth and had one of his better races of the season. I should have use him in the games where I can use a driver more than once. Clint Bowyer ran the entire race in the top 10 but faded to 16th at the end of the race. I was expecting more from the No. 14 team.

My One & Done Pick for Daytona: Ty Dillon

I have a feeling that a driver outside the top 20 in the point standings is going to find his way to Victory Lane Saturday night. Why not Ty Dillon? Dillon has been pretty good at Daytona in his career. He crashed in the Daytona 500 in February but he finished 4th, 6th and 6th in his prior three races. Dillon also finished 12th at Talladega in June. I will roll the dice with lucky number 13 this week.

Ryan Newman was involved in a horrific crash at Daytona in February. I am not concerned that Newman will be gun-shy this week. Newman said, “I had that race won so I look at it as… this track owes me one now.” Newman has been one of the most consistent drivers at Daytona. He has finished 9th, 5th, 14th, 8th, 8th and 5th at Daytona since 2016. That is the best average finishing position of any driver in the field Saturday night.