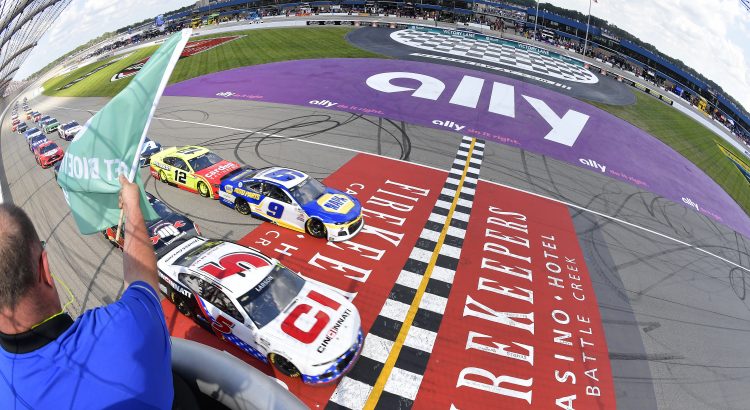 The Cup Series will travel to the Michigan International Speedway Sunday to compete in the FireKeepers Casino 400. This is race No. 23 on the Cup Series schedule and that means we have now used 22 drivers in the One & Done game. Finding quality drivers for our team is going to get tougher but I have a plan and so far it is working out pretty well.

I always map out the One & Done picks before the season begins and then update the picks when the Cup Series reaches the half-way point of the season. I was nervous after the race at Pocono because I was a couple of drivers short for the rest of the season. I did not want to have to use Cody Ware, Josh Bilicki, J.J. Yeley or B.J. McLeod because there is no upside with these drivers. The Fantasy NASCAR Gods then gave us Ty Gibbs and Austin Hill. (I thought

There are 14 races left in the 2022 Cup Series season. The drivers I have left include: Ryan Blaney, William Byron, Alex Bowman, Kevin Harvick, Tyler Reddick, Austin Dillon, Cole Custer, AJ Allmendinger, Noah Gragson, Justin Haley, Harrison Burton, Harrison Burton, Corey LaJoie and Todd Gilliland. I have enough drivers to get through the end of the season. 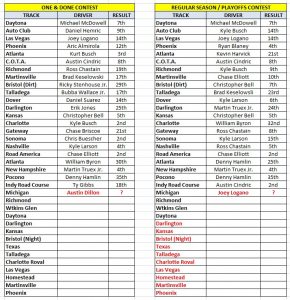 Here is my One & Done pick for the race at Michigan…

ONE & DONE PICK FOR MICHIGAN:  AUSTIN DILLON will be my pick in the One & Done games where you can use a driver once during the season. His best race last season was on the 2-mile oval at Michigan. Dillon ran upfront but got sent into the wall by Brad Keselowski at the end of the race (Yes, this is where their feud started). His best race in 2022 was at Auto Club. Dillon started 16th and finished second. Dillon posted the 19th– fastest speed in practice and qualified 26th for the race. I will roll the dice with Dillon Sunday.

ONE & DONE PICK FOR MICHIGAN:  JOEY LOGANO will be my pick in the One & Done games where you can use a driver once during the season and in the games where you can use a driver more than once. Ford has won the last seven races at Michigan. The cars are the same but the Roush-Yates engines give the Fords a slight advantage at Michigan. Logano tested at Michigan in May so it was no surprise to see his No. 22 car had speed in practice. Logano had the fastest car on the long-runs in practice and that will be important Sunday. Logano should have a good chance to add his third win to his 2022 resume.

* I would use Bubba Wallace if I could but I already used him at Talladega. Austin Hill is also worth a look but I have a feeling he will drive again this year. I will wait until he gets some race experience. If Hill doesn’t race, it is OK. I do not need him.