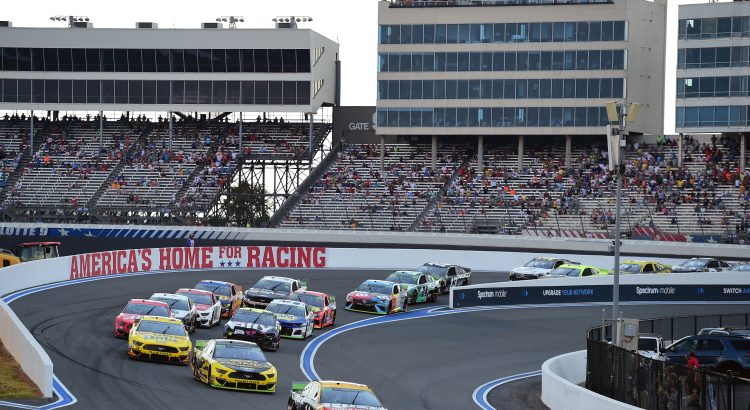 The Cup Series will race at home this week in the Bank of America Roval 400. This will be the fourth race on the Charlotte Roval. It is going to be tough to find a long-shot in Victory Lane because the same drivers finish up front in this race every year. Chase Elliott has won the last two races at the Charlotte Roval and Ryan Blaney and Alex Bowman have top-five average finishing positions in the three races at this track. We saw Jimmie Johnson spin out Martin Truex Jr. on the final lap in the inaugural race at the Charlotte Roval. That allowed Ryan Blaney to sneak into Victory Lane at 25-1 odds so there is a chance we could cash a long-shot ticket Sunday. 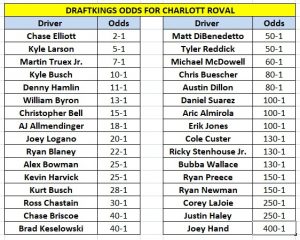 Kyle Larson (5-1): I am not going to make any money by betting Chase Elliott to win so I will bet Kyle Larson instead. Larson has led the most laps on the road courses this year. He won at Sonoma and Watkins Glen, so he knows how to get around these tracks. If you do not want to bet on Elliott, Larson is the next best choice in the field.

Denny Hamlin (11-1): Denny Hamlin has never finished in the top-10 at the Charlotte Roval so why am I betting on him? Hamlin has been good on the road courses this year, he starts on the pole and he has been the best driver in the playoffs. Hamlin would have won the last road course race (Indianapolis) if Chase Briscoe did not spin him out at the end of the race. Hamlin should have a good chance to win from the top starting position Sunday.

Joey Logano (20-1): Joey Logano has been good on the road courses this year and he has had success on the Charlotte Roval. Logano finished 2nd at the Daytona Roval, 3rd at COTA and 4th at Sonoma. He also finished 2nd at the Charlotte Roval last year. Logano nearly won the Daytona Road Course race. He should have a good chance to win the Bank of America Roval 400 Sunday.

Long-Shot Special: My long-shot special is Alex Bowman 25-1. I know, 25-1 odds are not really too long of a shot, but I will take it. Bowman has dug himself a hole. He is 52 points out of the transfer spot for the Round of 8 so he is in a “must win situation.” Bowman could get the job done Sunday. He has the second-best average finishing position (behind Chase Elliot) at the Charlotte Roval. Bowman finished 2nd in this race in 2019. I just need one more spot for this to work.