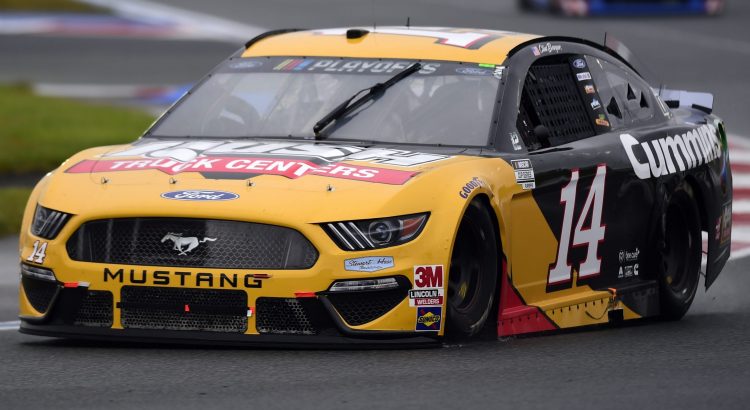 The road course at the Brickyard is a new track for the Cup Series so that means the teams will get a 50-minute practice and the field will be set through qualifying Sunday morning. This also means that we can get an advantage on the sportsbooks by getting our bets in early. The driver’s odds will change once the cars start to turn some laps on the road course. I am going to place wagers on some drivers I think will run well before they post times at the top of the speed chart Saturday.

The drivers who have dominated the road courses races (Chase Elliott, Kyle Larson and Martin Truex Jr.) will likely dominate the race Sunday. You will have to wager a lot of money on Elliott and Larson if you want any return on your investment. I am betting some drivers who have run well on the road courses and I am betting some long-shots who need a win to make the playoffs. 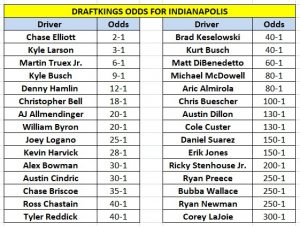 Here are my “Best Bets” for the race at the Brickyard…

Kyle Busch (9-1): Dale Earnhardt Sr. was pissed when he did not win the inaugural Brickyard 400. Earnhardt cared a lot about his legacy and he desperately wanted that win. Kyle Busch is the same type of driver. He always gets extra motivated when he can be the first driver in the sport to do something. Busch has run well on the road courses this year and I would not be surprised to see Rowdy taking a bow over the bricks Sunday.

Christopher Bell (18-1): Martin Truex Jr., Kyle Busch and Denny Hamlin get all of the hype but Christopher Bell has been the most consistent driver for Joe Gibbs Racing on the road courses this season. Bell won the race at the Daytona Road Course and that is the track most similar to the Indianapolis Road Course. Bell also finished 2nd at Road America and he was running 2nd last week at Watkins Glen when his buddy (Kyle Larson) spun him out. Bell should have a good chance to kiss the bricks Sunday.

AJ Allmendinger (20-1): AJ Allmendinger has the talent to win Sunday. The question is… Will he have the car to win? Allmendinger will have two practice sessions and 62 laps in the Xfinity Series race to get his rhythm for this race. I would not be surprised if Allmendinger swept the weekend races at Indianapolis.

Chase Briscoe (35-1): There is only one driver in the field who can say he won a race on the Indianapolis Road Course. That driver is Chase Briscoe. He beat out AJ Allmendinger, Austin Cindric, Ross Chastain and Justin Allgaier in one of the best Xfinity Series races I have ever seen. Briscoe has been good on the road courses this season. He finished 6th at COTA, 6th at Road America and 9th last week at Watkins Glen. Briscoe needs a win to make the playoffs. He has the talent to get the job done.

Long-Shot Special: My Long-Shot Special this week is Ross Chastain (40-1). Chastain is currently 18th in the playoff standings. He needs a win if he wants to make the playoffs. The No. 42 team will likely use a fuel strategy to help Chastain gain track position at the end of the race. If he can get the lead, Chastain should be fast enough to keep it. He finished 4th at COTA, 7th at Sonoma and 7th at Road America. I will take a chance with Chastain at 40-1 odds.