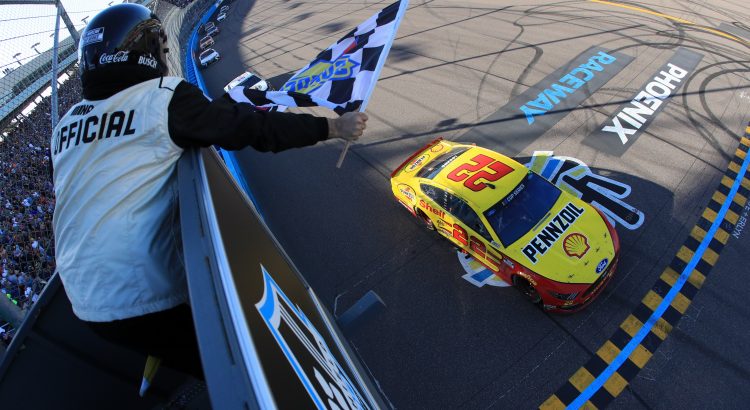 The NASCAR Cup Series is ready to crown a champion and I cannot wait to see who it is. I am very interested in this race because before the season started I recommended five drivers for my Best Bets for the 2021 Season article. I recommended placing a wagers on Kyle Larson (9-1), Chase Elliott (11-2), Kyle Busch (7-1), Ryan Blaney (12-1) and Joey Logano (7-1). Well, I have $50 tickets on two of the four championship drivers. I will win $450 if Larson wins the championship and $275 if Elliott wins. So I am a big Hendrick Motorsports fan this week.

My strategy this week is to wager a lot of money on one of the championship drivers and then throw a few bucks at some value picks that could spoil the party. 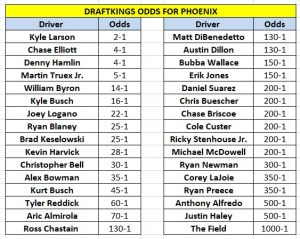 Here are my Best Bets for the Championship Race…

Denny Hamlin (4-1) will be the championship four driver I will plant my flag with this week. I already have tickets on Chase Elliott and Kyle Larson to win the championship so I will bet Hamlin to win the race. Will this be the year Hamlin finally gets the monkey off his back? Hamlin leads the series with a 117.4 Driver Rating on the short, flat tracks this season. Hamlin has also led 816 laps on these tacks. No driver in the Cup Series is even close to Hamlin in dominating the short, flat tracks in 2021. His only problem is that he leads the series in pit road penalties at Phoenix and pit road penalties in the championship races. If he can handle the pressure and avoid mistakes, Hamlin should be your 2021 NASCAR Cup Series Champion.

Kyle Busch (16-1) could be the spoiler Sunday. Mr. Potty Mouth has had one problem the last two seasons… He has complained that he needs practice and qualifying in order to win races. Well, Rowdy will get his wish Sunday. There will be two practices Friday and qualifying Saturday. I want to get some bets in with Busch before he turns some fast laps in practice. Busch has finished 5 of his last 7 races at Phoenix in the top-three. That includes two wins. I would not be surprised if Busch won the race this week.

Joey Logano (22-1) is my favorite driver to wager on this week. He has been awesome at Phoenix in the 750 HP aero package. Logano won at Phoenix last year and finished 3rd in the championship race in the desert last year. He also led 143 laps and finished 2nd at Phoenix in March. Logano is the type of driver who will race the championship four drivers hard and try to win the race for Team Penske. I will put some money behind the No. 22 car Sunday.

Kevin Harvick (28-1) is a great value this week. When was the last time we had 28-1 odd with Harvick at Phoenix? How about…Never. I know Harvick has not won at Phoenix since 2018 but he doesn’t need a map to find Victory Lane at this track. Harvick has 9 wins at Phoenix and he hasn’t finished outside the top-10 since 2013. Having two practice sessions should really help the No. 4 team. I want to get a wager in with Harvick before he posts some fast speeds in practice.

Long-Shot Special: My long-shot special this week will be Aric Almirola (70-1). Almirola hasn’t been a good pick in most of the races this season but he has been good on the short, flat tracks. He finished 6th last week at Martinsville, finished 6th at Richmond, finished 13th at Phoenix in March and Almirola won the race at New Hampshire. The Magic Mile is a similar track to Phoenix. I will wager a few bucks on Almirola at 70-1 odds and hope he can shock the Cup Series at Phoenix like he did at New Hampshire.