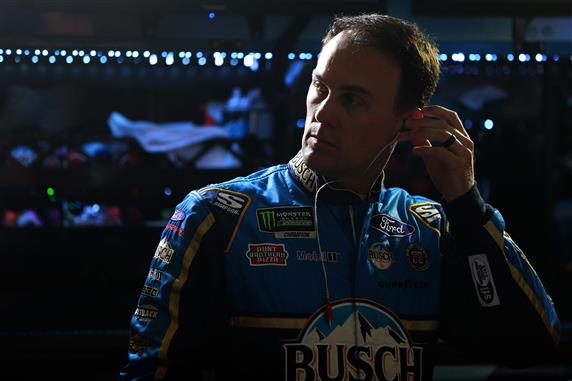 The Monster Energy NASCAR Cup Series will compete at Atlanta Motor Speedway this week in the Fold of Honor QuickTrip 500. This will be the first race for the Cup Series to use the new aero package rules. The cars will have less horsepower, more down-force and the weight balanced to the front. The goal is to keep the cars closer together and provide more competitive racing. We will have to see how it all shakes out. The race can be seen Sunday at 2 p.m. ET on Fox.

The Folds of Honor QuickTrip 500 is not your normal race on a 1.5-mile track. The race has 325 laps instead of the typical 267 on a normal intermediate track race. The extra 58 points means more dominator points. The race has 81.25 points for leading laps and 162.5 points for fastest laps. The trend at Atlanta is the last three years is to have one driver lead 180 laps (Kevin Harvick), two driver’s lead 45 laps and one driver leads 30 laps. These drivers also score between 15-30 fastest laps points. The dominators will be very important this week so we need at least 2 of them in our lineups.

The drivers I expect to be the top dominators this week are: Kevin Harvick, Aric Almirola, Clint Bowyer, Martin Truex Jr. and Kyle Larson

The drivers who could be the top value picks (Under $9K) for the race Sunday include: Ryan Blaney, Kurt Busch, Jimmie Johnson, Austin Dillon and Alex Bowman

The drivers I expect to be the best cheap drivers (Under $7K) for the race Sunday include: Ryan Newman, Daniel Hemric, Ryan Preece, Chris Buescher and Ross Chastain

The race Sunday has 325 laps. That means there are 32.5 bonus points available for completing all of the laps. The trend in the last 4 races at Atlanta is for at least 31 drivers to complete 320 of the 325 laps in the race. An average of 23 drivers finished on the lead lap. So laps completed at not very important this week.

Our strategy still needs to be selecting at least 2 dominators and 3 drivers who can finish in the top 12. It will be nice if these drivers can score place differential points too but last year I found that if all 5 drivers finished in the top 12, our lineup scored very well.

My goal is to help you win as much money as possible. Unfortunately my picks have become very popular. DraftKings made me aware that I am only allowed to post 4 drivers according to DraftKings Policy (last paragraph). I will provide my top 4 drivers for each race. It will be up to you to find the final two drivers. I will list a breakdown of the drivers to help you figure out the best two for your team. This should even the playing field and gives us the best chance to win money this year and not splitting it with so many players.

Kevin Harvick $12,200 (Starts 18th): Harvick had problems with his power-steering in Friday’s practice and qualifying. His team fixed the problem before final practice so it should not be an issue. Harvick has been the most dominant driver in the last 6 races at Atlanta and now he starts deep in the field. His Stewart-Haas Racing teammates look very fast as well. I will be building most Cash Contest lineups around Harvick and have him in many of my Tournament Contests. His ownership is going to be very high so I will be equal with the field in ownership (40%).

Joey Logano $11,700 (Starts 27th): Logano had problems with a loose car in qualifying. He almost lost control of it. Logano will start 27th and will be a great pick for Cash and Tournament Contests. It is hard to have both Logano and Harvick in your lineup since they cost so much. I will be using both of them a lot. I like Harvick over Logano simply because of his track history but both drivers have a lot of upside this week.

Brad Keselowski $11,100 (Starts 18th): Keselowski is a risky pick this week. He has the flu so there is no guarantee he will race. Keselowski has finished 1st and 2nd in his last two races at Atlanta. He has not had the fastest car in either race. The No. 2 team used pit strategy to gain track position. They will likely have to do it again Sunday since Keselowski starts 18th. I am going to be underweight on Keselowski Sunday (20%).

Chase Elliott $9,900 (Starts 22nd): Elliott has some risk this week. He was fighting a tight racecar in practice. His team told him, “Do not worry about it, we have 500 miles to fix it up.” I agree. They should fix his car and Elliott should finish near the top 10. He has never finished outside the top 10 at his home track. Elliott is a good Cash Contest play because of his ability to score place differential points. I think his ownership will be less then Harvick and Logano. I will use Elliott as a pivot from those drivers in Multi-Entry contests.

Martin Truex Jr. $9,500 (Starts 9th): Truex is flying under the radar this week. I did not hear Fox Sports talk much about him in practice. His car is very fast and does not lose speed over the long run. He is a driver who could win you your Multi-Entry Contest. Truex has not finished worst than 8th at Atlanta since 2014. He could be a driver who runs up front and dominates the race.

Kyle Larson $9,300 (Starts 7th): Larson is a good Tournament Contest play this week. He has finished 2nd and 9th in his last 2 races at Atlanta. Larson typically runs the top to gain track position but he spent a lot of time trying to perfect running the bottom in practice. He has a lot of talent and he should be able to figure out this new aero package faster than his competition. Larson had the fastest car on the long runs and many teams said he is the driver to beat Sunday. Larson is a good pivot from Kevin Harvick and Martin Truex as a dominator Sunday.

Clint Bowyer $9,100 (Starts 3rd): Bowyer has one of the fastest cars. He should quickly get around Ricky Stenhouse Jr. and battle his teammate (Aric Almirola) for the lead. Atlanta is one of the better tracks for Bowyer ever since he joined Stewart-Haas Racing. He finished 3rd in this race last year. I like Bowyer in Single-Entry and Multi-Entry Tournament contests Sunday.

Ryan Blaney $8,900 (Starts 26th): Blaney is a good Cash Contest driver this week but I like Kevin Harvick, Brad Keselowski, Joey Logano and Elliott Sadler more. All of those drivers have great track history at Atlanta while Blaney has struggled at the track. I still expect him to move up 10-12 spots and that is enough to make him a good play in Cash Contests.

Aric Almirola $8,700 (Starts Pole): I heard a lot of people say at the Las Vegas test that the drivers could race their way through the field but once they got to the leader they hit a wall. If that is true, Almirola could lead a lot of laps in the first Stage. I only like Almirola in Tournament Contests. Do not go crazy with him though. I will have the No. 10 car in 30% of my Tournament Contest lineups Sunday.

Austin Dillon $7,700 (Starts 10th): Dillon was really good in the Truck Series and Xfinity Series in vehicles with similar down-force and horsepower to what we have this weekend. He was one of the fastest in the test session in Las Vegas and he ran consistently in the top 10 in all practices this weekend. I doubt Dillon will be highly owned so I will use him in 40% of my contests.

Kurt Busch $8,500 (Starts 8th): Atlanta is one of the best tracks for Busch and he did not miss a beat by moving to Chip Ganassi Racing. Busch qualified 8th and he has some potential to be a dominator Sunday. He has led at least 20 laps in 3 of the last 4 races at the track. I will have Busch in 30% of my Tournament lineups this week.

Alex Bowman $7,300 (Starts 16th): Bowman really liked the handling of his car in practice. He should get overlooked this week so we can use his small ownership to our advantage. I like Bowman in Multi-Entry Tournament contests Sunday.

(Cash Contests are the 50/50 and Double-up Contests)