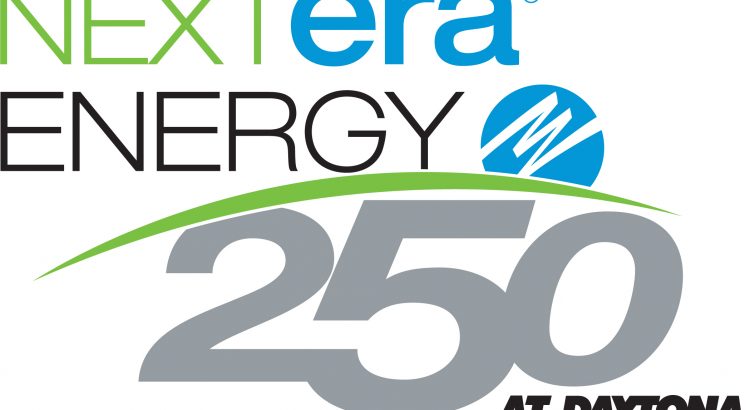 The NASCAR Camping World Truck Series waive the green flag on their 2022 season Friday in the NextEra Energy 250. The race can be seen at 7:30 p.m. ET on FS1. This should be a fantastic season for the truckers. There is a good blend of young talent to go along with the experience drivers who will be competing each week. The schedule has a lot of changes too, so the DFS players who put in the extra effort this season should have an advantage. Be sure to check out my DFS Truck Series Preview article I posted last week.

The race this week is scheduled for 100 laps (250 miles). That means there are 25 points available for leading laps and 45 points available for fastest laps. That is not a lot of dominator points for the race, but the driver who leads the most laps has won three of the last four Truck Series races at Daytona and scored the most DK points.

The trend at Daytona is for one driver to lead roughly 35 laps, another to lead 15 laps and a third to lead 10 laps. The rest of the laps led are spread throughout the field. That means the top dominator will score 10 bonus points for leading laps and fastest laps. That is not a lot of dominator points to chase.

We need to focus our picks on drivers who can score place differential points. We can do this by selecting drivers who start outside the top-10 who have a history of finishing in the top-10 at Daytona.

Here is the winning lineup from last year:

It was the second consecutive season that Codie Rohrbaugh and Jordan Anderson have been in the winning lineup. I will be constructing lineups similar to this one.

Also, do not be afraid to leave a lot of salary on the table this week. The trend at Daytona is for the winning lineup to have over $1K left over from the $50K salary cap.

John H. Nemechek ($10,500) has not been great in the Truck Series at Daytona but you can never count him out. Nemechek started 7th and finished 7th at Daytona last year. Nemechek has the talent to dominate this race and be in Victory Lane Friday night.

Matt DiBenedetto ($10,300) is racing full-time in the Truck Series this year for Rackley W.A.R. Willie Allen drove the Rackley W.A.R. truck at Daytona last year. He started 30th and finished 18th. You would think DiBenedetto could do a lot better than that.

Chandler Smith ($10,000) was one of the best drivers at the end of the 2021 season. Can he carry that momentum over into the race at Daytona? I think he can. The Kyle Busch Motorsports trucks are typically fast in this race. Smith started 6th and finished 9th at Daytona last year. He should have a good chance to finish in the top-10 this week.

Riley Herbst ($9,900) will be driving the No. 17 truck for David Gilliland Racing. Herbst only has one race at Daytona in the Truck Series on his resume. He started on the pole, led 21 laps, scored 16 Stage Points and finished 12th. Not too bad. He is worth a spot in your lineups Friday night.

Ben Rhodes ($9,700) is the defending race winner at Daytona. He started 23rd and went to Victory Lane at Daytona last year. It would not surprise me if Rhodes is in the winning lineup Friday night. The ThorSport Racing trucks typically perform very well in this race.

Matt Crafton ($9,500) has a lot of experience at Daytona and it usually shows off during the race. Crafton has never won at Daytona but his average finishing position over the last three seasons is 11th. You cannot have too many ThorSport Racing trucks in your lineup at Daytona.

Grant Enfinger ($9,100) has been the most consistent driver at Daytona. He finished 11th, 1st, 2nd and 6th in his last four races at the track. Enfinger should be able to lead a lot of laps and have a great chance to win this race.

Austin Hill ($8,800) will be driving the No. 7 truck for Spire Motorsports. Hill had a lot of success at Daytona while driving for Hattori Racing. Can he have the same success with Spire Motorsports? I think he can.

Parker Kligerman ($8,600) has not competed in a Truck Series race at Daytona since 2018. He does have a few top-12 finishes at this track on his resume and he won at Talladega in 2017. Kligerman has the talent to finish in the top-10 Friday night.

Carson Hocevar ($8,000) made his first start at Daytona last year. He started 12th and finished 5th. Hocevar was one of the most improved drivers from the start to the finish of the 2021 season. If he is better than his fifth-place finish from last year, Hocevar will be in the winning lineup.

Corey Heim ($7,800) will be driving the No. 51 truck for Kyle Busch Motorsports. You know… the truck Kyle Busch made famous. Well, Heim could have similar success. He won the Arca Menards Series at Daytona last year. Now we will get to see how those skills translate into the Truck Series.

Derek Kraus ($7,600) has the talent to finish up front at Daytona; he just needs at truck that can make it to the end of the race. Kraus finished 4th at Daytona in 2020 and he was running up front last year before his truck had engine problems. I will take a chance with him because I like the upside Kraus offers.

Kris Wright ($6,100) moves from Young’s Motorsports to Niece Motorsports this year. He drove his No. 02 truck to a 12th-place finish at Daytona last year. Now we get to see what Wright can do in the No. 44 truck. Hopefully he can score another top-12 finish Friday night.

Spencer Boyd ($4,600) could be a good sleeper pick this week. He will be driving the No. 12 Truck for Niece Motorsports. Tate Fogleman drove this truck to Victory Lane last year at Talladega. Now we get to see what Boyd can do in it. He finished 4th, 19th and 13th in his three Truck Series races at Daytona. 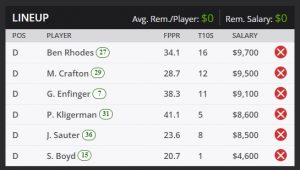 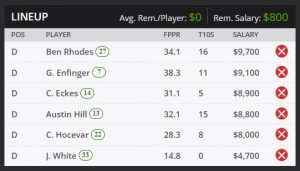