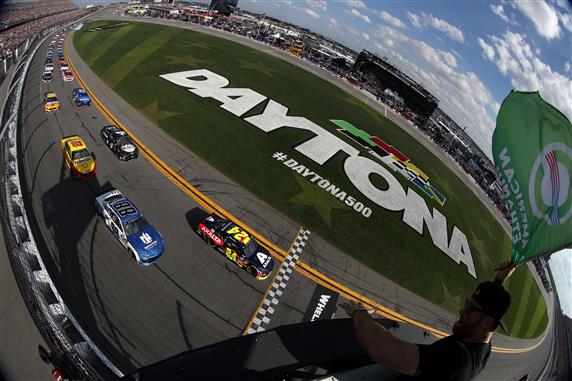 NASCAR kicks off their season with the 62nd running of the Great American Race this week at Daytona. This is also the third season for the Driver Group Game. The creator of the site (Darren) worked hard over the offseason to make the site even better in 2020. It will take some getting used to in order to figure out the new features, but please cut him some slack because he is doing the best he can and the game is FREE.

Our Driver Group Game picks do not need to be submitted until 2:30 p.m. ET Sunday, but I want to give you an idea of what my thoughts are about the picks for the Daytona 500. My starting lineup will be posted Saturday night after final practice.

I mapped out each race of the season and used the drivers at their best tracks. This gives me a guideline to track my allocations for the year. Group A will be easy this year so do not worry about saving allocations with these drivers. Group C will be easier than previous seasons, but we still must manage our allocations with Christopher Bell, Cole Custer and Tyler Reddick wisely. Group B will win or lose you your league. We need to be creative with our picks from Group B so we can have a strong lineup for each race.

Denny Hamlin (8): Hamlin has become the best driver in the Cup Series in the Daytona 500. He has two Harley J. Earl Trophies on his mantle and he will have an excellent chance to add his third on Sunday. Hamlin has finished 1st, 3rd, 17th, 1st, 4th and 2nd in his last six Great American races. That is an average finishing position of 4.6 in the Daytona 500 since 2012. This race is very unpredictable but Hamlin finishing in the top five is one of the safest bets in the field.

Joey Logano (8): Logano is right on the heels of Denny Hamlin as the best driver in the Cup Series at Daytona. These two drivers are the elite of the field and no one else is even close. Logano won the 2015 Daytona 500 and he has been very good every since that race. Logano finished 4th, 4th, 6th, 6th and 1st in his last five Daytona 500 (Logano has a 4.2 average finishing position in the Great American Race since 2014). Logano and Hamlin are in the same Duel Race Thursday so I will be watching them to see which one will be in my starting lineup Sunday.

Ryan Newman (8): The best strategy for Group B is to find drivers who do not wreck at Daytona. That is easier said than done, but Newman is the safest pick from this group. Newman has finished 5th, 14th, 8th, 8th and 5th in his last five races at Daytona. Newman has completed every lap but two in his last nine races at Daytona. He never crashes (knock on wood). I like selecting the safest picks possible for this race and it all starts with Newman in Group B.

Austin Dillon (8): Dillon won the 2018 Daytona 500 and he should be a good pick for the race Sunday. He is not nearly as safe as Newman but I like what I saw from Dillon in the Busch Clash at Daytona race. The No. 3 car was the only car with no damage with four laps to go. I will watch Dillon in Duel 1 Thursday. Dillon starts 15th in his Duel so we should get a good idea of what kind of drivability his car has. If Dillon finishes up front, I will take a chance with him in the Daytona 500.

Ricky Stenhouse Jr. (8): Stenhouse Jr. won the pole for the Daytona 500. He has nothing to race for Thursday so I am hoping the No. 47 team makes a few laps and then parks it. There is no reason to risk damaging the car and giving up the pole for the Great American Race. Stenhouse is no doubt one of the best drivers on the Superspeedways. He is also one of the riskiest picks in the field. The good news is that he should be a lock to score five bonus points for leading a lap. The Daytona 500 tends to be calm in Stage one so Stenhouse should score a lot of Stage points and has a good chance to lead the most laps. These bonus points could add up quickly.

Aric Almirola (8): The news I received from the garage is that the No. 10 team loves their car. They planned to race this car in the Busch Clash at Daytona but it scored so well in the inspection tent that Stewart-Haas Racing decided to use it in the Daytona 500. I will be interested to see how it races Thursday. Almirola won at Daytona in 2014 and he should have won the Daytona 500 in 2018. He is very good when he has a car that drives well.

Michael McDowell (8): If you plan to use any allocations with McDowell this season, it must be at Daytona. Eight of his nine best finishes have come at Daytona. McDowell had a good chance to win the Daytona 500 last year but he decided to work with the Toyota’s on the last lap instead of pushing Joey Logano. McDowell has finished 5th, 9th, 15th, 15th and 7th in his last five Daytona 500. That is pretty good for a Group C driver. We need to save our allocations with the top drivers in this group so that makes McDowell one of the best picks for your Driver Group Game lineup at Daytona.

Ty Dillon (8): Is it better to be lucky than good? Dillon has a little bit of both going for him at Daytona. He has been able to avoid all of the big wrecks in the last two years at Daytona. A driver has to be lucky to do that, but it also takes some skill behind the wheel. Dillon has finished 4th, 6th and 6th in his last three races at Daytona. I plan on using Michael McDowell in my starting lineup but I will be watching Dillon Thursday to see what he can do in Duel race No.2.