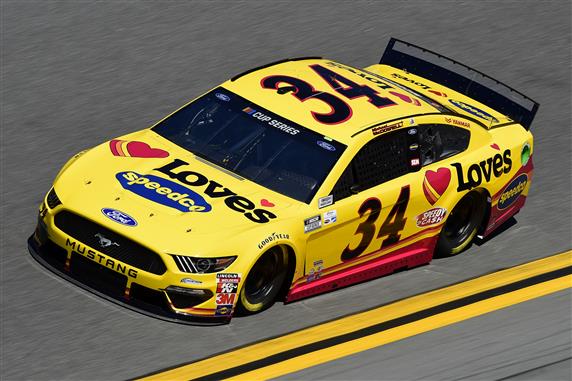 The front row for the Daytona 500 was set last Sunday. The teams set the rest of the field with the Bluegreen Vacations Duel races Thursday and the crew chiefs had two practices to dial in their cars. Now it is time to waive the green flag on the 2020 Fantasy NASCAR season and start run to our league championships.

The most important aspect of the Daytona 500 is to have drivers who finish the race. This is one of the most unpredictable races of the season so we are going to need a lot of luck. I based my picks on drivers who have a history of avoiding wrecks and finding their way to the front at the end of the race.

Joey Logano (8): Logano has been a very reliable driver at Daytona and exceptionally good in the Daytona 500. He won this race in 2015 and the No. 22 car has been the best in the field ever since Logano raised the Harley J. Earl Trophy. Logano finished 4th, 4th, 6th, 6th and 1st in his last five trips to Daytona in February. I expect Logano score a lot of Stage points and finish in the top five again Sunday.

Ricky Stenhouse Jr. (8): Stenhouse Jr. starts on the pole and he proved in the Duel race Thursday and he should have no problem keeping his No. 47 JTG Daugherty Racing Chevy up front. Stenhouse led the most laps (27) and finished eighth. Stenhouse should score a lot of bonus points Sunday. He should score points for leading laps and if these drivers play nice for the first-half of the race (I expect they will), Stenhouse could easily score the bonus points for most laps led too. The No. 47 car should score Stage points in the two Stages. These points will add up quickly and make Stenhouse a good pick for the race Sunday (I just hope Wrecky Stenhouse does not show up).

Aric Almirola (8): I debated between Ryan Newman and Almirola for this pick. Newman is the safer pick but I went with Almirola because the word in the garage is that the No. 10 car is the best “pusher” in the field. It is good to have a positive reputation in these races because that means there will be many drivers willing to work with you. Almirola almost won the Daytona 500 in 2018. I would not be surprised to see the No. 10 car in Victory Lane Sunday.

Michael McDowell (8): McDowell has been very reliable at Daytona. He has finished 5th, 9th, 15th and 15th in his last four Daytona 500s. That is in some pretty crappy cars too (Circle Motorsports and Leavine Family Racing before they switched to Toyota). Front Row Motorsports are essentially cars from the Roush Fenway Racing stable this year. McDowell finished 5th and 9th in his last two Daytona 500s. I expect the No. 34 car to be in the top 10 again at the end of the race Sunday.