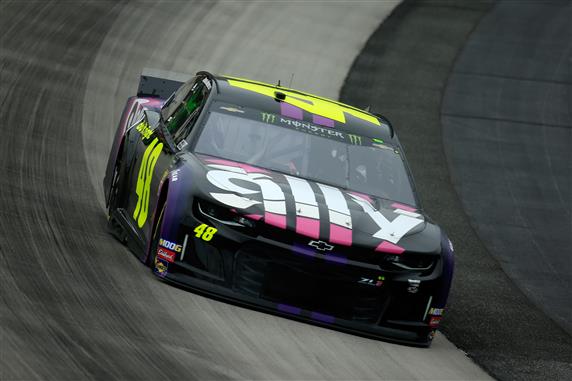 Are you ready for some racing? The NASCAR schedule is loaded with races this weekend. The Trucks will race Friday night and then the Cup and Xfinity Series will have races on both Saturday and Sunday. The Driver Group Game picks need two good races to climb in the standings. The races at the Monster Mile are usually predictable, so we should be able to put together two good lineups for the weekend.

Denny Hamlin (Start): Denny Hamlin has never won at the Monster Mile but that does not mean he has not been good. Hamlin dominated the last race at Dover. He led 218 laps, scored the most Stage points and finished 5th. He also dominated the race at Bristol earlier this season. Hamlin led 131 laps in Thunder Valley in May. Hamlin is on a roll right now. He has finished 2nd, 2nd, 6th, 2nd and 1st in his last five races. I will play the hot hand with Hamlin Saturday.

Chase Elliott (Bench): Most people will likely use Martin Truex Jr. or Denny Hamlin. I would not be surprised to see Chase Elliott back in Victory Lane Saturday. The most similar track to Dover is Bristol and Elliott smoked the field in Thunder Valley in the All Star Race. He also led 88 laps in the race at Bristol in May. Elliott could be a good pivot to help you gain so positions in your league standings.

Jimmie Johnson (Start): It is hard to go wrong with Jimmie Johnson as your Group B driver Saturday. He has 11 wins at the Monster Mile (8 more than any other driver I the field). His 9th place average finishing position in his 36 races Dover is ridiculous. Even when the No. 48 team is struggling, Johnson usually runs well at Dover. I will use an allocation with Johnson Saturday.

Clint Bowyer (Start): Clint Bowyer has been a hard driver to trust but he “should” be a good pick Saturday. Bowyer finished 9th and 10th in his two races at Dover last year. He has also been very good on the high-banked tracks this year. Bowyer finished 2nd at Bristol in May. Bowyer needs a good run before the playoffs begin so his team will likely gamble in the pits (take two or no tires) to ensure Bowyer finishes up front Saturday. Track position is going to be important and Bowyer starts 4th.

Alex Bowman (Bench): Dover was the best track for Alex Bowman last year. He finished 2nd in the spring and 3rd in the fall. He also scored Stage points in all of the Stages. Bowman is already locked into the playoffs so his team will probably be going for the win and not too worried about Stage points. This could cause the No. 88 car to score slightly less points than he would if he was not locked into the playoffs. If he finishes 2nd or 3rd though, it will not matter. Bowman will still be a great pick.

Erik Jones (Bench): Erik Jones is another driver who has been all or nothing this year. It seems like Jones either finishes in the top 10 or crashes out of the race. That inconsistency is probably the reason he is looking for a job in 2021. This race last year went caution free so I doubt Jones will crash Saturday. That means he should finish in the top 10. Jones finished 4th, 6th and 15th in his last three races at Dover.

*Kurt Busch is a good choice but I want to save him for other tracks. If you have 4 or more allocations with the No. 1 car, use Busch over Clint Bowyer.

Christopher Bell (Start): Christopher Bell was really good at Dover in the Xfinity Series race. He won the race at the Monster Mile in 2018 and he came back to the track last year and won again. The most similar track to Dover is Bristol and Bell finished ninth in Thunder Valley in May. Bell should have a good chance to finish in the top 10 Saturday.

Matt Kenseth (Bench): How big is the gap in talent between Kyle Larson and Matt Kenseth? We are going to find out this week. Larson won the last race at Dover and finished 3rd in the spring race. Can Kenseth take the same car and finish in the top 10? Kenseth has the second-most wins at Dover so he “should” be a good pick for the race Saturday.

* I have Cole Custer and Tyler Reddick ranked ahead of Matt Kenseth. I am not using these two rookies because I am saving the them for other tracks.