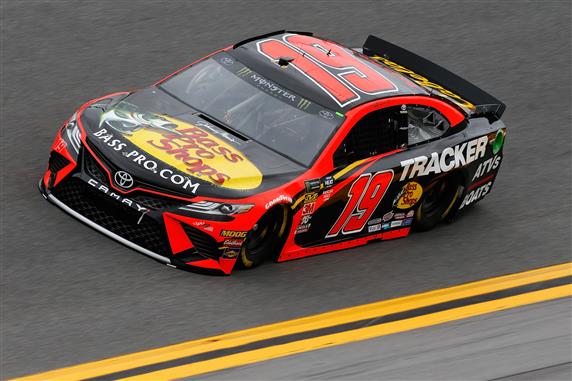 The NASCAR Cup Series will travel to Dover, Delaware to make up the race originally scheduled for the first week of May. The cars will be back on the track Sunday so NASCAR can scratch off two races in one weekend. It is becoming more difficult to find good drivers for our One & Done picks. The races at the Monster Mile tend to be predictable so hopefully we can have some good luck this weekend.

Last Race: I decided to use Michael McDowell at the Daytona Roval and I thought I was going to get a top-five finish from him last Sunday. McDowell stopped for tires at the end of the race and gave up a lot of track position. McDowell was still able to finish in the top 10. Jimmie Johnson also had a good race, so overall it was a good bounce back week for the One & Done picks.

My One & Done Pick for Dover: Christopher Bell

Christopher Bell was really good at Dover in the Xfinity Series race. He won the race at the Monster Mile in 2018 and he came back to the track last year and won again. The most similar track to Dover is Bristol and Bell finished ninth in Thunder Valley in May. Bell should have a good chance to finish in the top 10 Saturday.

Martin Truex Jr. will be my pick in games that allow you to use a driver more than once. Truex has many “home tracks” but Dover is his true “home track.” Truex finished 1st and 2nd in the two races at the Monster Mile last year. His average finishing position at this track since 2014 (12 races) is 5.75. It is hard to get much better than that.