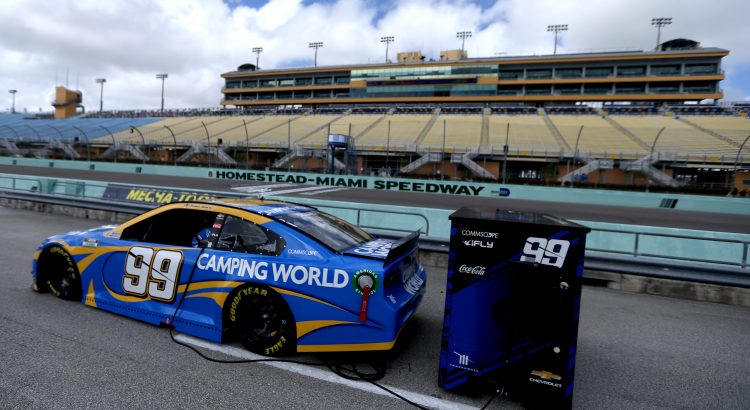 The Cup Series has placed their first driver in the championship four at Phoenix when Joey Logano went to Victory Lane last week in Las Vegas. Now the Cup Series travels to Homestead-Miami Speedway. This is one of the best tracks on the circuit so the race should be excellent in Southern Florida. Will another driver punch his ticket to Phoenix? It will be fun to watch. The Dixie Vodka 400 can be seen Sunday at 2:30 p.m. ET on NBC.

There are only three races left in the 2022 season. I am quickly running out of allocations with my top drivers and I am sure most of you are too. Do not panic. The people you are competing against in the Driver Group Game are also running low on allocations with the top drivers. The people who have a lot of allocations left with Christopher Bell, Tyler Reddick, Ross Chastain, Joey Logano and William Byron are probably so far down in your weekly rankings that you probably do not have to worry about them. Simply continue to use the best drivers possible this week. We can find some drivers we have more allocations left with to use at Martinsville next week.

Here are the picks for the Dixie Vodka 400 …

DENNY HAMLIN (7): Homestead is not the best track for Hamlin but he should be one of the best drivers from Group C. Hamlin won at Homestead in 2020, but he also finished 11th last year and 10th in 2019. Joe Gibbs Racing has been good on the 1.5-mile tracks and Hamlin is still racing for a championship. This makes Hamlin a good pick this week. Hamlin finished 2nd at Darlington last month, 2nd at Kansas and 5th at Las Vegas in the playoffs. The stats suggest Hamlin should finish in the top-five Sunday and I agree with them.

I am out of allocations with Tyler Reddick. If you have any allocations left with Reddick, he must be in your lineup. He has competed in two Cup Series races at Homestead and Reddick finished 2nd and 4th. He is my pick to finish 2nd Sunday.

WILLIAM BYRON (1): Byron won the race at Homestead last year and he is my pick to win Sunday. The No. 24 car has had a lot of speed on the 1.5-mile tracks in the playoffs and Byron led 50 laps and finished 8th at Darlington too. The stats like Tyler Reddick a bit more to win the race this week, but I think Hendrick Motorsports knows Byron is their best chance to get to Victory Lane Sunday so HMS will put a lot of focus on the No. 24 car.

CHRISTOPHER BELL (1): What happened to Bell last week sucks. He has been the most consistent driver this year and he should be competing for a championship at Phoenix. Bubba Wallace put Bell in a hole, so he is going to need a great race Sunday. I think he will get it. Bell finished 3rd at Kansas and he had a fast car last week in Las Vegas. Bell also finished 5th and 6th at Darlington this year. The No. 20 car should run up front, score a lot of Stage Points and have a good chance to finish in the top-five this week.

ROSS CHASTAIN (1): Chastain has been the best driver on the 1.5-mile tracks this year. His 6.4 average finishing position is the only top-10 average in the Cup Series. He has also led the most laps (383) and scored the most Stage Points. Homestead is not a great track for Chastain, but he has never been in cars as fast as what he has this year. Chastain has been too good on the intermediate tracks this season to fade Sunday at Homestead.

JOEY LOGANO (1): I had a hard time with this pick. Should I go with Chase Briscoe who finished 4th last week in Las Vegas and 5th at Texas last month or do I use Logano for qualifying points only? I expect William Byron, Christopher Bell and Ross Chastian to be fast in practice and qualify in the top-10. I doubt I would start Briscoe over any of those drivers if they all have speed this weekend, so I will Logano for qualifying points. He qualified 2nd in his last two races at Homestead. I will not use Logano in a race until Phoenix when he has a lot to race for.

DANIEL SUAREZ (2): Suarez has been the best driver in Group C on the 1.5-mile tracks. He finished 10th at Kansas, 12th at Texas and 16th at Las Vegas last week. The No. 99 car had some speed last week until Suarez went spinning through the grass. Suarez won the Xfinity Series race and the championship at Homestead in 2016, so this track has to mean a lot to My Amigo. Suarez should be the top pick in Group C once again Sunday.

NOAH GRAGSON (9): The stats suggest I should pair Michael McDowell with Daniel Suarez in Group C. McDowell finished 6th at Homestead last year and he finished both races at Darlington in the top-seven this year. I just do not trust the No. 34 team so I will pivot to Gragson. “Wild Thing” will once again be driving the No. 48 car for Alex Bowman. This car has a history of finishing in the top-10 at Homestead. Does Gragson have the talent to wheel the No. 48 car to a top-10 finish? His 11th-place finish last week at Las Vegas gives me a bit more confidence this week.

* I am out of allocations with Austin Cindric. I would use the No. 2 car with Daniel Suarez if Cindric was available this week.

* Be sure to check back Saturday after qualifying for my starting lineup for the Truck Series race.