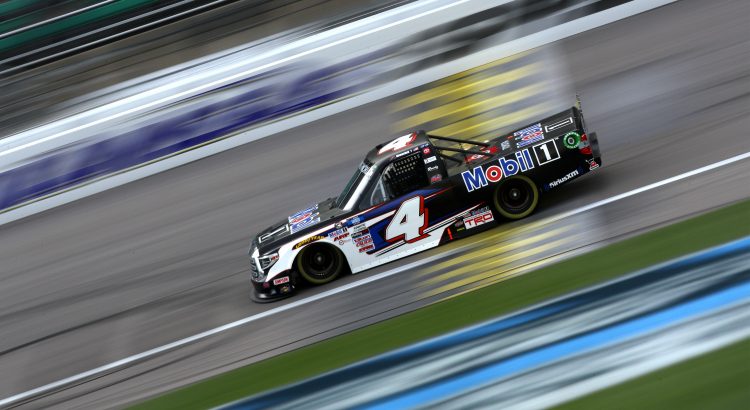 The NASCAR Cup Series will join the Truck Series at Kansas Speedway this week. This will be the first of two races in “The Heartland.” Kansas Speedway is one of the faster 1.5-mile intermediates tracks that typically put on a good show. The Gen-7 car has produced some exciting racing on the intermediate tracks this year. I expect the same at Kansas. The Advent Health 400 can be seen Sunday at 3 p.m. ET on FS1.

The first thing I did when I started my research for this race was to look at how the drivers have performed on the 1.5-mile tracks this year. I was surprised to see that through 12 races in 2022, the Cup Series has only competed at one true 1.5-mile track (Las Vegas). The race at Atlanta uses a different horsepower package and the track races like a Superspeedway. I doubt the speeds from Atlanta will translate into speed at Kansas so I am not using the track in Georgia for my picks this week. I will focus on the races at Auto Club and Las Vegas. I will also factor in some of the data from the races at Richmond and Dover since the same aero package was used in those race.

Here are the picks for the Advent Health 400… 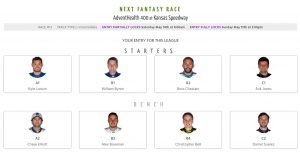 KYLE LARSON (6): Larson has had a lot of speed this year but he has not been able to close out the races like he did last year. He has four DNF’s through 12 races, compared to his two DFS through 36 races last year. So Larson is not the safest pick in the field like he was in 2021. That does not mean he is not going to be good this week. The No. 5 car has had a lot of speed in the races using the 670 HP aero package with the 4” spoiler. He also completely dominated the last two races at Kansas Speedway. Larson led 132 laps and scored 19 Stage Points in this race last year. He came back in the playoffs and led 130 laps and scored 18 Stage Points on his way to Victory Lane. I will use an allocation with Larson Sunday.

WILLIAM BYRON (6): How good has Byron been this year? He leads the Cup Series in laps led (544) and Stage Points scored (114). The No. 24 car has had a lot of speed this year and Byron should be fast again Sunday. He has five consecutive top-10 finishes at Kansas Speedway. He is my early week pick to win the Advent Health 400.

ROSS CHASTAIN (6): If William Byron is not the best driver in 2022, it is probably Chastain. He has been sweeter than a Florida watermelon this year. Chastain has two wins (COTA and Talladega) and he finished seven of the 12 races in the top-five (58%). He led 83 laps at Las Vegas, 86 laps at Dover and 26 laps at Darlington last week. Chastain should run up front again Sunday, lead a lot more laps, score a lot more Stage Points and have a good chance to finish another race in the top-five.

CHRISTOPHER BELL (8): I thought about Joey Logano and Tyler Reddick for the last spot in Group B, but I like the momentum Bell has right now. He finished 4th at Dover and 6th at Darlington. He will also have a good chance to score bonus points for qualifying since he won the pole at Las Vegas this year. I want at least one driver from Joe Gibbs Racing in my lineup so I will use Bell this week.

ERIC JONES (6): When I think of Jones I always think of Kansas Speedway. He filled in for an injured Kyle Busch at the track in 2015 and I got to interview him before the race when I worked for Fox Sports. Jones has not been very good at Kansas since he left Joe Gibbs Racing but the Gen-7 car has evened the playing field. The No. 43 car has had a lot of speed this year. I will take a chance with Jones in Group C.

DANIEL SUAREZ (6): I debated between Austin Cindric and Suarez for the last pick in Group C. Cindric has an average finishing position of 20.3 in his last 6 races while Suarez 18.6 average finishing position (it would be 16th if you take out his crash at Talladega. Trackhouse Racing has had speed at every track. I will continue to use Suarez while his No. 99 team has fast cars.