The Truckers had two practices Friday and they will have their qualifying heat races Saturday at 7 p.m. ET on FS1. This race is more about the driver’s ability to race in traffic on dirt than it is about having a fast car. We will learn more about which drivers will be good Saturday night by watching the heat races, but it never hurts to check out the practice speeds. 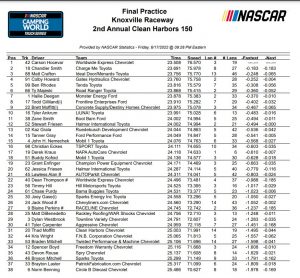 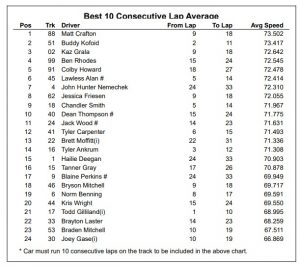 I am posting my picks for the Clean Harbors 150 now to give you an idea of what drivers I like for Saturday night’s race.