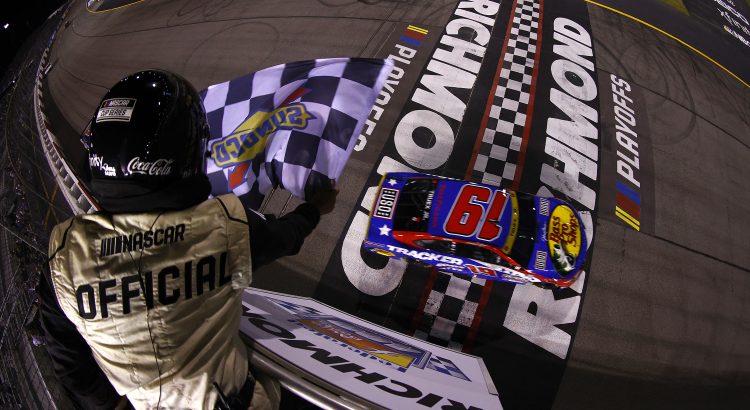 The NASCAR Cup Series made it through their first road course race and now it is time for the short-track portion of the schedule. The next three races will be on short-tracks (Richmond, Martinsville and Bristol). This is my favorite part of the schedule. The race should be great this week if what we have seen in 2022 is any indication of what will take place at Richmond. The Toyota Owners 400 can be seen Sunday at 3:30 p.m. ET on Fox.

MARTIN TRUEX JR. (8): Truex has been a beast at Martinsville. He won the last two spring races and he finished seven of the last nine races at the track in the top-four. Truex is also averaging 150 laps led in his last five races at Martinsville. The No. 19 car was one of the fastest at the short, flat track in Richmond. Truex should spend a lot of time up front, leading laps, scoring Stage Points and have a good chance to win another Grandfather Clock Saturday night.

RYAN BLANEY (8): I thought about using Kyle Busch in this spot, but I do not want to put all of my eggs in the Joe Gibbs Racing basket. Instead I will use the best driver in the Cup Series this year. Blaney leads the Cup Series in Driver Rating, Average Green Flag Speed, Average Running Position and Laps Led. He led 157 laps, won both Stage and finished 11th at Martinsville last year. He should be up front leading more laps, scoring more Stage Points and finishing another race in the top five.

JOEY LOGANO (8): The L.A. Coliseum track and Martinsville Speedway and similar in their flatness and their tight corners. If the speed from the Busch Light Clash at the Coliseum translates into speed this week, Logano should win. The No. 22 car was also fast at Richmond last week until the pit crew screwed up Logano’s race. Logano finished five consecutive races at Martinsville in the top-10. He should finish up front again Saturday night.

WILLIAM BYRON (7): Byron is not the first driver that comes to mind when people think of the race at Martinsville, but I would not be surprised if he won Saturday night. Byron was really fast at the Richmond last week (Byron led 122 laps and finished 3rd), and he was fast at the L.A. Coliseum. Byron finished fourth and fifth in the two races at Martinsville last year. He should have a good chance to finish in the top-five Saturday night.

CHRISTOPHER BELL (9): Joe Gibbs finally showed up last week at Richmond. I expect the JGR cars will be fast again at Martinsville. Bell ran most of the race last week in the top 10 but fell back at the end of the race on old tires. He finished seventh in the spring race at Martinsville last year. I will use an allocation with Bell Saturday night and hope he can finish in the top-10 again.

ERIK JONES (9): Jones could be one of the best picks in the field if you believe the speed for the Busch Light Clash at the Coliseum will translate into speed at Martinsville Speedway. Jones ran up front in that race and finished eighth. Jones had one of his best races of the 2021 season at Martinsville last year. He started 28th and finished eighth. There is no reason to believe Jones will not be fast Saturday night.

AJ ALLMENDINGER (8): Some drivers say that Martinsville races like a road course because drivers have to out-brake their competitors in the corners. If that it true; Allmendinger should be a great pick Saturday night. He has finished six of his last seven races at Martinsville in the top-14. His extra seat time in the Xfinity Series race Friday night should help him get his rhythm down at this tricky track. I will take a chance with the No. 16 car Saturday night.

*Johnny Sauter is only scheduled to run five races in the No. 13 Truck for Thorsport, so you almost have to use him. Matt DiBenedetto should be able to make his way through the field. I like using DiBenedetto at the tracks where aerodynamics do not come into play much.