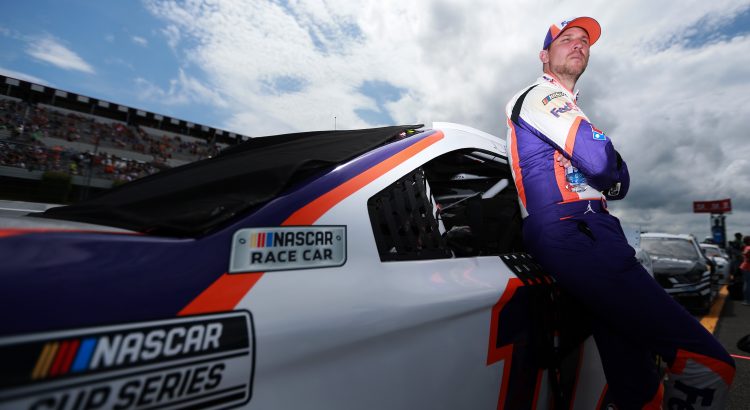 The rules are a bit different for today’s race. The teams are required to use the same car they used in Saturday’s race. They are only allowed to make minor adjustments. The changes allowed are the same adjustments the teams can make during a normal pit stop.

The first race at Pocono did not go as planned. I am running low on allocations with Kyle Larson, Kyle Busch and William Byron so I faded them Saturday. Of course they were three of the fastest cars on the track. We cannot use these drivers each week and we saw Saturday how unpredictable the racing at Pocono can be. I will once again fade the three best drivers in Group B and try to find two drivers I have more allocations that can finish in the top-10.

Denny Hamlin (6): I used Denny Hamlin Saturday and he rewarded me with a 4th-place finish. I will go back to the No. 11 car Sunday. He starts 17th, so he has some cars to pass before he makes it into the top-10, but this race is longer so Hamlin should have time to make up track position. Hamlin said after the race yesterday, “Our car was fast but it was just a bit behind the 5, 18 and 24 cars. We just need a few slight adjustments to make it perfect. I have faith my team will get it fixed up.” Sounds good to me.

Alex Bowman (6): I should have used Alex Bowman Saturday but hindsight is 20/20. Bowman won the 1st race at Pocono and now he will start 20th Sunday. I am not worried about his starting position. Bowman led the Cup Series with 57 quality passes in the race yesterday. No driver in the field was as good as Bowman at passing cars. He also had the 6th best Driver Rating (110.9) and the 8th Fastest Green Flag Speed (166.733). I will use an allocation with Bowman Sunday.

Kurt Busch (6): Kurt Busch is another driver I should have used Saturday. Busch had a good race. He started 8th and finished 6th. He also had the 7th best Driver Rating (107.1) and the 5th Fastest Green Flag Speed (167.123). Busch is the last driver in the playoffs on points so he needs more points. I expect the No. 1 team to use pit strategy to steel Stage points (He won a Stage yesterday) and finish in the top-10.K

Daniel Suarez (7): Daniel Suarez has had a lot of success at Pocono in the past (He finished 2nd at Pocono in 2018). He had another good race yesterday. Suarez started 14th and he finished 13th. That was the best finishing position of any driver in Group C. He also had the 7th most Quality Passes (34), the 13th best Driver Rating (82.3) and the 13th Fastest Green Flag Speed (165.757). My Amigo should be fast again Sunday.

* If you need other options for your lineup or want to know what drivers I like the best for today’s race, check out the Driver Rankings for Pocono