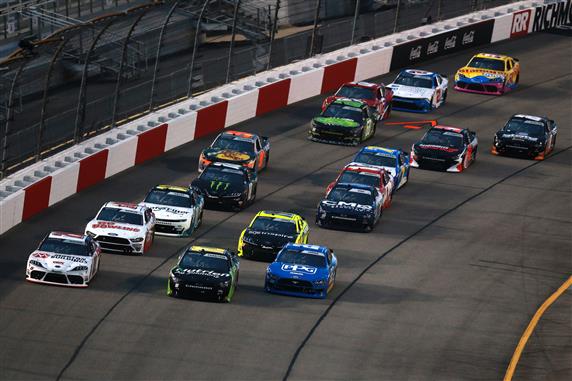 The NASCAR Cup Series will compete at Richmond Raceway this week. The Group A pick (Martin Truex Jr.) and the Group B picks (William Byron and Kyle Busch) had good performances last week at Martinsville (although Rowdy hit every car on the track). Daniel Suarez crushed the lineup when he was involved in “the big one”. We are getting closer to putting the top team together and I am not holding back this week. I am going with three drivers I think are locks for a top-five finish and another who has top-10 potential.

Here are my picks for the Toyota Owners 400 …

Group A Pick: Martin Truex Jr. should be the best pick in Group A Sunday. The No. 19 car will start from the pole, have the No. 1 pit stall at a track where Truex has finished 2nd, 1st, 1st and 3rd in his last 4 races. He is also averaging 115 laps led and 17 Stages points in his last four races at Richmond. Truex won the race at Phoenix and that is the track most similar to Richmond. He should make his way to Victory Lane for the 3rd time this week.

Other Good Picks include: Denny Hamlin has not won a race in 2021 but he is the safest pick in the field this week. Hamlin has finished every race but Homestead in the top five this year. Richmond is one of the best tracks for Joe Gibbs Racing so Hamlin should be a lock for a top-five finish Sunday. If you want to save your allocation with Truex, Hamlin is a good choice.

Group B Pick: Kyle Larson has found his groove with Hendrick Motorsports. He has the 3rd best Driver Rating this year (Behind Denny Hamlin and Martin Truex Jr.), has the fastest average green flag speed and the second-best average running position (behind Denny Hamlin). He has Group A talent but is in Group B. If Truex is not in Victory Lane Sunday, it should be Larson. He is the only driver to win at Richmond in the last 10 races who was not a member of Joe Gibbs Racing or Team Penske. He won in 2018 while driving for Chip Ganassi Racing. He should have a great chance to win in his Hendrick Motorsports Chevy Sunday.

Group B Pick: I am not going to lie… Kyle Busch frustrates the hell out of me. I was listening to him on the radio at Martinsville and he said, “I am sick of getting blocked by slower cars. I am just going to drive through them for now on….” And that is exactly what he did, tearing up his car in the process. This dude has tons of talent, but about as much patients as a two-year-old. I have to play him this week though because Rowdy has finished 6th, 2nd, 8th, 1st, 1st and 9th in his last 6 races at Richmond. He is running the Truck Race and he usually runs well in the Cup Series when he gets a practice race the day before.

Other Good Picks: Christopher Bell is another Joe Gibbs Racing driver who should run well Sunday. Bell started 26th and finished 15th at Richmond while driving for Leavine Family Racing last year. The switch to JGR should result in a top-10 finish. Bell has three wins and 457 laps led at Richmond in the Xfinity Series. He knows how to get around this track if he has a fast car. The No. 20 car should be plenty fast enough Sunday.

Allocation Save: Austin Dillon is a great choice if you want to save an allocation with one of the Kyle’s. Richmond ranks as the best track for Dillon. He has finished 3 of the last 4 races at Richmond in the top 6. The No. 3 car started 3rd, finished 2nd in both Stages, led 55 laps and finished 4th at Richmond last September. It would not surprise me if Dillon had a similar race Sunday.

Group C Pick: Ricky Stenhouse Jr. is not the first name that comes to mind when people think of good drivers at Richmond, but he has had some success at the track. Stenhouse has finished 18th, 15th, 16th and 13th in the current aero package at Richmond. He has a lot more speed this year then he had in those races. Stenhouse finished 12th at Phoenix in March. He should be able to finish in the top-12 again Sunday.

Other Good Picks: Daniel Suarez was my choice last week and that did not work out too well for my team. He had to start the race in the back and he was without his crew chief. The No. 99 team should get back to normal Sunday. Richmond is the best track for Richard Childress Racing and Suarez will have a car prepared by RCR. Suarez has a 12.1 average finishing position at Richmond when you take out his one season with the Gaunt Brothers. He should compete for a top-15 finish Sunday.