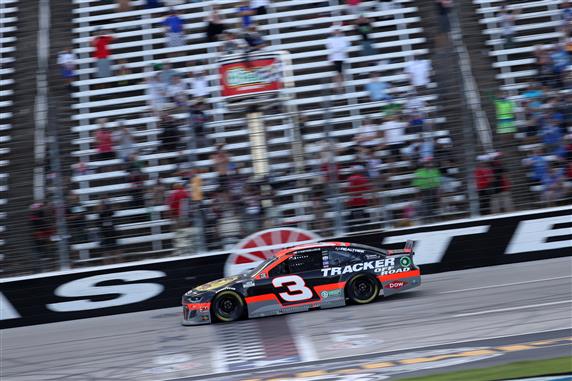 The second race of the Round of Eight will take the green flag at Texas Motor Speedway this week. Joey Logano secured his spot in the championship race at Phoenix. Who will be the next driver to join him?  The AutoTrader Automotive 500 can be seen Sunday at 3:30 p.m. ET on NBCSN.

Here are my picks for the Texas…

Kevin Harvick (Start): I have two allocations left with Kevin Harvick. I will use one this week and save the final pick for Phoenix. Harvick has won the last three October races at Texas. He has also led 334 laps and finished 1st, 6th, 1st, 1st, 1st and 2nd in the 6 Stages. Harvick starts on the pole and will have the No. 1 pit stall. He should dominate this race Sunday.

Martin Truex Jr. (Bench): Truex is that he is much better at Texas in October then he is in the spring or summer. Truex has a 5.6 average finishing position in October at Texas in the 550 HP aero package. He will start 6th Sunday so he will have the track position he needs if his team can pass pre-race inspection. If you are out of allocations with Harvick, Truex is a good option for your team.

Ryan Blaney (Start): Ryan Blaney completely dominated the first half of the race at Texas. That should not surprise anyone because that is what he does on the 1.5-mile tracks. Blaney started 2nd, led a race-high 150 laps, won both Stages and finished 7th. He was battling for the lead on a late race restart when he got loose. The No. 12 car was the best in the field at Texas in July. I have one allocation left with Blaney and I am using it Sunday.

Austin Dillon (Start): Austin Dillon snuck into Victory Lane at Texas in July. His car had good speed but it wasn’t the fastest in the race. Dillon had a 13.82 average running position in the race. The No. 3 team decided to gamble in the pits with 33 laps left in the race. They took 2 tires while most of the field took 4. The decision gave Dillon the lead and he was able to hold off the competition for the win. The No. 3 has to be excited to come back to a track they won at earlier this season. I will roll the dice and hope Dillon comes up snake eyes again Sunday.

Kurt Busch (Use if you can): Kurt Busch is good at Texas but he will need to be excellent Sunday. Texas ranks as the second-best 1.5-mile track for Busch (behind Atlanta). He has finished 7 races in a row at the track in the top-10. Busch started 3rd, scored 12 Stage points and finished 8th at Texas in July. His engine failure at Kansas last week has the No. 1 team 73 points below the cutoff line. Busch is in a must win situation so they will likely gamble on pit road to gain track position. I would use Busch over Dillon if I had any allocations left with him.

Alex Bowman (Use if you can): Alex Bowman finished 30th in the last race at Texas because he got loose and ran into Denny Hamlin with 13 laps left in the race. Bowman was running 8th at the time of the accident. I would not worry too much about his finishing position at Texas in July. Bowman is on fire right now with his 3rd place finish last week at Kansas and his 5th place finish at Las Vegas earlier in the playoffs. Bowman started 5th and finished 5th in this race last year. He will roll off from the 5th position again Sunday.

Tyler Reddick (Start): Tyler Reddick had his best race of the season at Texas in July. He started 24th and finished 2nd. Reddick has had some bad luck on the 1.5-mile tracks in the playoffs (Reddick finished 38th at Las Vegas and 25th last week at Kansas) but he has been good on the hot, slick tracks. The temps are scheduled to be in the 80’s this week so Reddick should have a good run.

Cole Custer (Start): Cole Custer is a safer pick then Tyler Reddick but I only have one allocation with Custer and I want to save it for Phoenix. He has finished in the top 10 at both Phoenix and New Hampshire this year so it is a good idea to have an allocation left with Custer in the desert. If you cannot use Reddick, Custer is a great choice. He won at Kentucky and he finished seventh and 14th in the two races at Kansas.