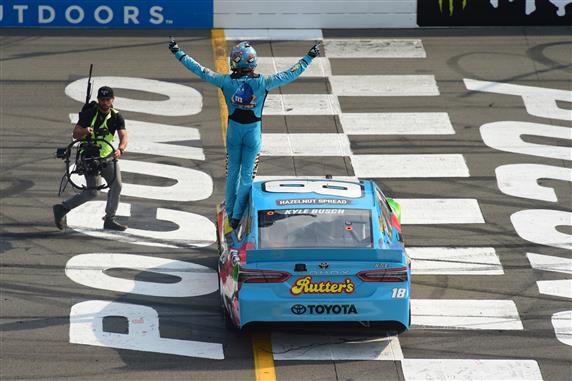 The Monster Energy NASCAR Cup Series will return to Poc0no Raceway for the second time in the last eight weeks. Although NASCAR will not admit it, the first race at Pocono was the worst race of the season. I understand NASCAR is trying hard to find an aero package that works at each track but Pocono is Pocono… it is just hard to produce good racing at this goofy-shaped track. Now we get to sit through four more hours of boring racing. Yeah!!! Thank you NASCAR. The Gander RV 400 can be seen Sunday at 3 p.m. ET on NBC Sports Network.

My early week pick for the pole is William Byron. The No. 24 car won the pole for the last race at Pocono and Byron could easily do it again. This aero pack allows teams to determine where they want to start the race. Teams who take down force out of their car (lowering the car) will sacrifice handling in the race but gain speed to start up front. Crew chief Chad Knaus seems to like to provide a fast car for Byron so he can start up front. He did it in June at Pocono and I think Knaus will do it again Saturday.

Here are the early week driver rankings for Pocono…