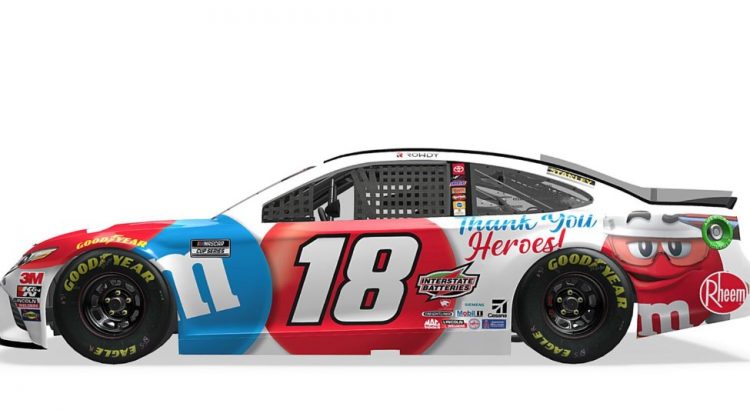 The NASCAR Cup Series will return to racing this week and they sure picked a tough track to ask the drivers to pedal the cars into turn 1 at 180 MPH. Darlington is the Track Too Tough to Tame but there are some drivers who have tamed the beast. This is going to be an unpredictable race so going with the veteran drivers with a lot of experience at Darlington is a good strategy. You can see NASCAR’s return to action Sunday at 3:30 p.m. ET on Fox.

The Fantasy Live picks got off to a blistering hot start. The picks currently rank 67th out of nearly 350,000 entries on the site. I am not worried about allocations the rest of the season because who knows if a driver will be sidelined because he was infected by the Covid-19 virus (I pray that does not happen) and if the full season will be run. I am going to try to score as many points as possible now and figure out the rest of the season when we get to it. I really want to be ranked No. 1 in the overall standings at the end of the season.

NASCAR is scheduled to have a “random draw” for the starting positions. You can read more about that in my Darlington Starting Lineup Procedures article. Since we do not know the starting lineup yet, these picks may have to be changed. I will post the updated picks Saturday if one of the drivers like Denny Hamlin draws the pole.

Here are my picks for the race at Darlington….

Kevin Havick: I have already used two allocations with Harvick and I am using another one Sunday. My strategy this week is to “play it safe” and the No. 4 car is the safest pick in the field. Harvick will start from in the top 12 and that means he will have the track position to score a lot of Stage Points. Harvick has finished 4th, 4th, 9th, 2nd, 5th, 1st and 5th at Darlington since 2012. He is almost a lock for a top-10 finish Sunday.

Kyle Busch: Joe Gibbs Racing did not get off to a hot start in 2020 but I am not betting against Busch at Darlington. The No. 18 car led the most laps and finished 3rd in this race last year. Busch has also scored Stage Points in every Stage at the Track Too Tough to Tame since NASCAR began using the rule. Busch will start in the 12th Sunday. He should have no problem getting to the front from his starting position and he will lead a lot of laps if he starts on the front row.

Brad Keselowski: Keselowski is not far behind Kevin Harvick as the safest pick in the field. He won this race in 2018 and followed it up with a top-five finish last year. Like Kyle Busch, Keselowski has scored Stage Points in every Stage at Darlington. Keselowski finished 7th at Las Vegas and 5th at Auto Club this year so he has been pretty good in the aero-package used Sunday. Keselowski will start in the top 12 and should be able to run in the top 5 for most of this race.

Joey Logano: I wasn’t planning on using Logano in this race but he has been the most realiable driver in the Cup Series this year and I want to play it safe Sunday. Crew chief Paul Wolfe is the best in the business at managing tires for this track and that will be important at Darlington. Logano got off to a scolding hot start with wins at Las Vegas and Phoenix. I expect the No. 22 team to continue to roll at Darlington this week (Logano finished 2nd in this race in 2018).

Jimmie Johnson: You may be asking why Johnson is in the lineup because the finishes for the No. 48 in his last four races at Darlington have not been very good. Chevy is the only manufacture who designed a car for the 2020 aero-package and that is the reason why they ran so good in the first four races. I expect the Bowtie Brigade to continue to run well this week. Johnson finished 5th at Las Vegas and 7th at Auto Club so he has been good in this aero-package this year. I am really hoping he draws one of the top 5 starting positions.

Chase Elliott: Who has had the fastest car in 2020? If you guessed the No. 9 car, you would be right. Elliott has posted the most fastest laps, laps led, Driver Rating and he is second in average running position. If it were not for a little bad luck, Elliott could have been in Victory Lane multiple times. I have other tracks where I want to use Elliott, but I want the opportunity to use him in my lineup if he shows up with the same speed Sunday that he had on the west coast. I will have the No. 9 car in the Garage as an insurance policy this weekend.