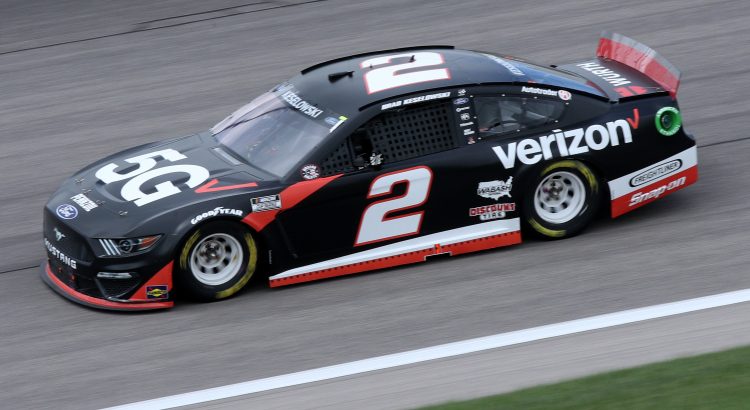 The NASCAR Cup Series will travel back to Kansas Speedway this week for the Hollywood Casino 400. This will be the 8th race on a 1.5-mile “cookie-cutter” style track this season. Kyle Larson won three of the races (Las Vegas, Charlotte and Texas), Denny Hamlin went to Victory Lane at Las Vegas, Kurt Busch won at Atlanta, Ryan Blaney won the other race at Atlanta and Kyle Busch won the race at Kansas in June. It should be fun to see which driver can punch their ticket to join Larson in the championship race at Phoenix. The Hollywood Casino 400 can be seen Sunday at 3 p.m. ET on NBCSN.

Here are my picks for the Hollywood Casino 400…

Kyle Larson (1): I only have one allocation left with Kyle Larson and I am using it this week at Kansas. I am not worried about saving it for Phoenix since Larson will not earn Stage points in that race and he is not very good at Martinsville. Larson starts from the pole, has the No. 1 pit stall and he smoked the field at Kansas in June when he led 132 laps and scored 19 Stage points. There is no reason to save your allocations with Larson this week.

Kyle Busch (1): All of the stars aligned for Kyle Busch at Kansas in June. The race was the Buschy McBusch 400 and it was run on his birthday. Of course he had to win. Can he do it again? Busch has a series-high 3.6 average finishing position in the seven races on the 1.5-mile tracks this season. He should be the biggest threat to Kyle Larson’s dominance this week.

Chase Elliott (3): I have three allocations left with Chase Elliott and I cannot carry them over to next season, so I might as well use them in the next three races. Elliott has been pretty consistent on the 1.5-mile tracks this season. He finished 5th (Kansas), 2nd (Charlotte), 7th (Atlanta), 2nd (Las Vegas) and 7th (Texas) in his last five races on the 1.5-mile tracks. His 6th place average finishing position at Kansas in the current aero package is the best in the series. Elliott should finish in the top-five Sunday.

Brad Keselowski (2): Brad Keselowski should be a good pick this week. Kansas ranks as his second-best intermediate track (behind Las Vegas). Keselowski has finished 3rd, 4th and 2nd in his last three races at Kansas. He has been one of the best drivers on the 1.5-mile tracks this year. He finished 2nd at Las Vegas, 3rd at Kansas in May and 4th at Texas last week. The No. 2 team is the best at using pit strategy to finish up front at Kansas. I will take my chances with Keselowski Sunday.

Ryan Blaney (1): Ryan Blaney’s stats at Kansas look awful on paper. He finished 21st, 7th, 20th and 21st in his last four races at the track. When you watch the race though, Blaney looks like one of the best picks in the field. He was running third at Kansas in June with only two laps to go. He got loose while racing Kyle Larson for the lead and they both fell back though the field. Blaney has scored Stage points in every Stage of every race using the 550 HP aero package. The No. 12 car should run up front, score a lot a Stage points and finish in the top-10 Sunday.

Kevin Harvick (2): I had to decide if I wanted to use my last allocation with Denny Hamlin this week or save it for Martinsville. I decided to save Hamlin for Martinsville so I will use Kevin Harvick in the Garage Sunday. The No. 4 team looks like they are on a mission to win a race before the end of the season. Harvick finished 2nd at Kansas in June. I will have Harvick in the Garage as an insurance policy just in case he has the same speed Sunday.  * I would use Hamlin over Harvick if you have two or more allocations left with the No. 11 car.