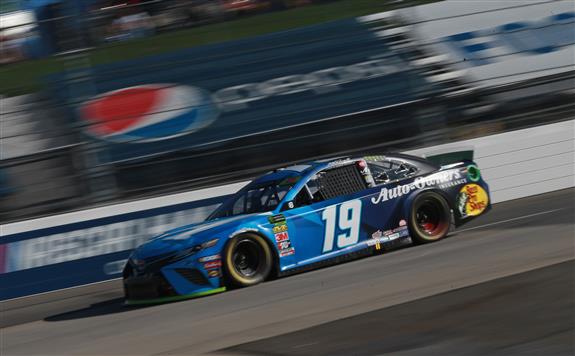 The dirt race at Bristol is in the books and the strategy of saving our top drivers for more predictable tracks paid off. We still had some poor performances by Christopher Bell and Chase Briscoe but the damage wasn’t too bad. The picks are now beating 94.5% of the competition and climbing their way to the top of the league standings. Now it is time for a Saturday night short, track race at Martinsville.

Martinsville is a rhythm track and drivers either know their way around the paper-clip shaped track or they are simply in the way. This is not the week to save your allocations with the top drivers because the drivers who run well at Martinsville are typically the drivers competing for the championship.

* I am hedging my picks and using Martin Truex Jr. to win the race, Chevy as my winning manufacturer and Team Penske Racing as my winning team. This will give me bonus points if Martin Truex Jr., Chase Elliott, Alex Bowman, William Byron, Kyle Larson, Kurt Busch, Joey Logano, Brad Keselowski or Ryan Blaney wins the race. The only two drivers I am worried about screwing this up for me are Denny Hamlin and Kyle Busch, but they haven’t been to Victory Lane at Martinsville since 2017 (7 races)

Martin Truex Jr. (7): Martin Truex Jr. is the best pick in the field Saturday night. He should be going for four wins in a row at Martinsville but the No. 19 car had a tire go down while leading the race with 64 laps to go last November. Truex has averaged 241 laps led and 14 Stage points in his last three trips to Martinsville. It should not take the No. 19 car long to get to the front and start dominating the race.

Joey Logano (6): Joey Logano starts from the pole and track position is more important at Martinsville than any track on the circuit.  The No. 22 car will have the No. 1 pit stall and Logano’s pit crew ranks No. 1 this season in positions gained on green-flag pit stops. That should really pay off Saturday night. Logano finished 3rd and 4th in the two races at Martinsville last year. He also averaged 126 laps led and 14 Stage points at the track last year. Logano will not be afraid to body-slam another driver into the wall in order to get to Victory Lane. That is good for our fantasy team… but not so good for the competition.

Brad Keselowski (7): Brad Keselowski was the best driver on the short, flat tracks last year. He won the races at New Hampshire and Richmond. Keselowski also finished 3rd and 4th in his two races at Martinsville. He absolutely smoked the field at Martinsville in 2019. Keselowski started 3rd, won both Stages, led 446/500 laps and went to Victory Lane. I want Keselowski in my lineup just in case he has another dominant car this week (Paul Wolfe was the crew chief for Keselowski in that race and he will be on the pit box for Joey Logano this week).

Ryan Blaney (9): Ryan Blaney does not receive the hype that Joey Logano and Brad Keselowski do at Martinsville but he is arguably the best driver for Team Penske at the track. Blaney led laps and finished 2nd in both races at Martinsville last year. His average finishing position at this track in the current aero package is 3.2. He starts 4th and should score a lot of Stage points and have a good chance for a top-five finish.

Garage Driver Denny Hamlin (6): How good has Denny Hamlin been this year? He has finished six of the seven races in the top five. His worst finish was 11th on the Daytona Road Course. Hamlin has a history of running well at his home track (Martinsville), but he has been running well at every track so I would like to save his allocation this week. He is almost a lock for a top-10 finish though so I will have the No. 11 car as my insurance policy Saturday night.