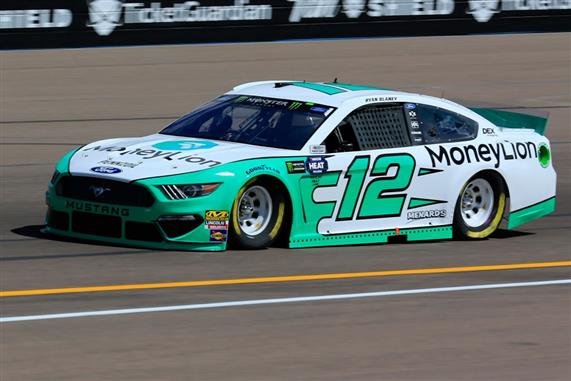 The MENCS will compete at ISM Raceway (Phoenix) this week in the TicketGuardian 500. Coming into the week I thought this race would be a battle of Kevin Harvick vs. Kyle Busch but after watching all of the practices and qualifying, there are a lot more drivers in play this week. The key to the race will be track position on the final restart. Drivers will want to be upfront and start on the bottom so they can cut the dog-leg and pick up more sports. It should be exciting. The race can be seen at 3:30 p.m. ET on Fox.

So far the Fantasy Live picks are performing well. We have come close to posting a great score but we tend to have one driver who holds use back. Last week my picks finished #1, #2, #3 and #4. The 5th driver (Austin Dillon) received a pit road penalty and needed a caution flag to get his lap back. The race went caution free and it prevented us from dominating our leagues. It still was not a bad performance.

I am not holding any drivers back this week. The race at Phoenix tends to be one of the more predictable races of the season. I am using the drivers who have had a lot of success at the track and looked fat in practice. I am not worried about allocations. I mapped out the starts for each driver this season and I had the best drivers penciled in for this race. I will worry about saving allocations at the less predictable tracks.

Kevin Harvick (8): Harvick has been the “King of Phoenix” since 2011. He has finished 1st or 2nd in 9 of the last 14 races at Phoenix (7 of them were wins). Harvick has finished 99.9% of the laps at Phoenix since 2001 (32 races). That is incredible. Whenever we get a chance to use a driver who is nearly a lock for a top-2 finish, we need to take it. Harvick was 3rd fastest in final practice with the fastest 20-lap average speed. I will use an allocation with the No. 4 car this week.

Kyle Busch (9): Busch should have an advantage this week because he had some extra track time this week since he competed in the Xfinity Series race. Busch should be able to help his team figure out how the tires will wear in the race since he just competed in a full race using the same tires.  Busch finished 1st and 2nd in the two races at Phoenix in 2018, so he has a lot of momentum at the track. Busch qualified 4th, had the 4th fastest speed in Happy Hour practice and posted the 2nd fastest 20-lap average speed. I had Busch penciled in for this race before the season started and I see no reason to erase his name now.

Brad Keselowski (9): Team Penske has been the best team through the first three races. They picked up right where they left off at Las Vegas. Keselowski was 2nd fastest in the first practice, 3rd fastest in the 2nd practice and 6th fastest in the final practice. The No. 2 car almost won the race at Phoenix 4 months ago. He was chasing down Kyle Busch but ran out of laps. This team is already locked into the playoffs so they can gamble for track position. I expect Keselowski to score a lot of Stage points and finish in the top -5 Sunday.

Ryan Blaney (9): Team Penske really has the advantage early in the season. The word in the garage is that the team gave Blaney their best car this week. It showed in practice and in qualifying. Blaney posted the 2nd fastest lap in final practice with the 4th best 10-lap average speed. Blaney won the pole so he should score a lot of Stage points and score very well for your team.

Denny Hamlin (10): Hamlin is off to a hot start in 2019. He won the Daytona 500, finished 11th at Atlanta and 10th at Las Vegas. This week he qualified 3rd, had the 11th fastest speed in final practice with the 5th fastest 20-lap average speed. Hamlin always runs better in the March race at Phoenix than he does in November. His average finishing position in the last three March races is 5th. Hamlin should score a lot of Stage points and have a good chance to finish in the top 5 this week.

My Garage Driver will likely be Joey Logano (9). I hate to use an allocation with all 3 Team Penske cars but they have a slight speed advantage over the competition right now. It will not be long before the competition catches up to them. Logano posted the fastest speed in final practice with the fastest 10-lap speed. He will be a great insurance policy to have in the garage.