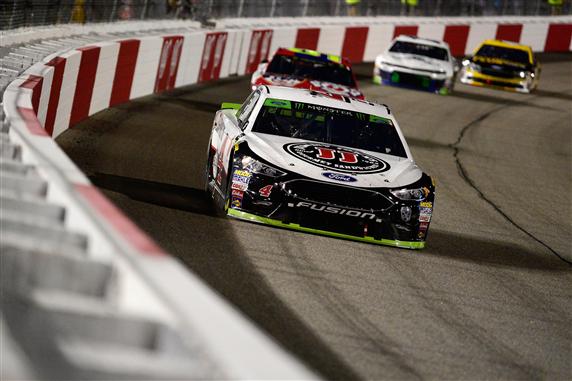 The NASCAR Cup Series will travel to Richmond Raceway this week. The series usually competes at this track twice a year but this will be the first race at the track in 2020 since the Coronavirus caused the April race to be canceled. I love the racing on the .75-mile track because it forces the teams to bring a car that has speed and handles well. It should be a good race under the lights in Richmond.

So close, but yet so far for the picks for the playoffs. Kevin Harvick, Denny Hamlin, Chase Elliott Erik Jones and Clint Bowyer all ran in the top 10 for most of the race. The problem is that they did not score a lot of Stage points in Stage one and Elliott crashed at the end of the race. The picks beat 94.7% of the entries and I have the allocations mapped out to score us maximum points each week. It was a bad start, but not horrible.

Here are my early week picks for Richmond…

Kevin Harvick: What to do with Kevin Harvick this week? The No. 4 car is already locked into the second round of the playoffs so he does not have a lot to race for. Harvick starts on the pole and I doubt they will simply “punt” this race. I am sure Happy Harvick would like to put another spanking on the field. If he does not run well, I will just put him in the Garage. (Do not worry; I have a plan with my allocations with Harvick).

Denny Hamlin: Denny Hamlin had one of the best cars at Darlington and nothing to show for it. I expect the No. 11 team is going to want to bounce back this week to keep up with Kevin Harvick. Hamlin has been good at his home track. He has only finished outside the top six in one race at Richmond since 2015 (9 races). Hamlin should be a lock for a top-five finish Saturday night.

Martin Truex Jr.: Saying Martin Truex Jr. has been good recently at Richmond is an understatement. He won both races at the track last year. He also led 295 laps in the races. Truex has not finished worst than 3rd in any Stage at Richmond since the spring race in 2018. He has also led at least 120 laps in five consecutive races. There is no reason to fade Truex this week.

Kyle Busch: Richmond has been one of the best tracks for Joe Gibbs Racing and Kyle Busch is either winning the race or finishing second to one of his teammates. Busch finished 2nd in this race last year. He also won both races at Richmond in 2018. Rowdy is almost as good as Martin Truex Jr. at leading laps at this track. Busch has led at least 92 laps in his last three races at Richmond. This is a good race to use an allocation with the No. 18 car.

Brad Keselowski: Do not forget about Team Penske Racing this week. They are good at Richmond too. Brad Keselowski dominated the race at New Hampshire last month. That track is very similar to Richmond so that speed should translate into a finish up front Saturday night for the No. 2 car. Keselowski has a 6th-place average finishing position in his last six races at Richmond. He has also scored Stage points in every Stage in the last three races. I expect Keselowski to score a lot of points again Saturday night.

Garage Driver: Joey Logano: Joey Logano leads the Cup Series with a 5.6 average finishing position over the last six races at Richmond. He has finished four of the last six races at this track in the top four. He is also really good at leading laps and scoring Stage points. He finished fourth at New Hampshire last month and Logano should have a good chance to finish in the top five again this week. I will have Logano in the Garage as an insurance policy Saturday night.