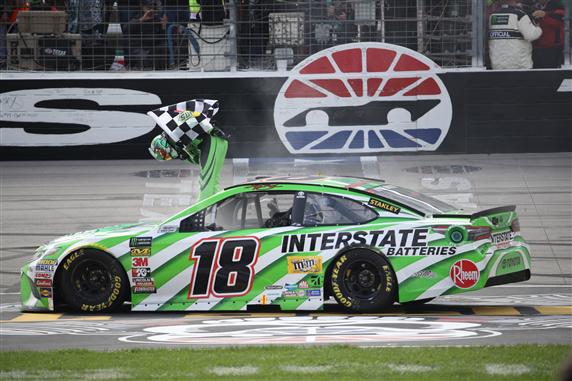 The Fantasy Live picks took a beating last week after Joey Logano laid an egg. We need a bounce back week and I think we will get it. The race at Texas is a lot easier to predict than the beating and banging at Martinsville.

Qualifying: NASCAR turned their sport into a complete joke. The way they conduct qualifying is an embarrassment. They made rules and then refused to enforce them. Now, some of the best cars will start deep in the field while some of the worst are rewarded for NASCAR’s joke of a qualifying system. I hated single car qualifying but at least the fastest cars were rewarded with starting positions up front and a quality pit stall. It is also ruining the Fantasy NASCAR game.

Kyle Busch (7): I hate to burn an allocation with Busch when he starts outside the top 10 but most of the good drivers struggled in qualifying. Busch should quickly make his way into the top 10 from the 16th starting position.  The No. 18 car is fast. Busch posted the 2nd fastest time in final practice with the 6th fastest 10-lap average speed. He has a 2.7 average finishing position in 2019 and he won this race last year. I will burn another allocation with Rowdy Sunday.

Brad Keselowski (7): Has been on fire this season. Keselowski won at Atlanta, finished 2nd at Las Vegas and 3rd at Auto Club using the current aero package. The No. 2 car will start 12th Sunday. I expect Keselowski to quickly make his way into the top 10 and possibly lead the race before the end of the first Stage. Keselowski was fast in practice. He posted the 4th fastest 10-lap average speed. I will use another allocation with Keselowski while he is running so well.

Joey Logano (6): Logano is one of the best drivers starting in the top 10. I expect him to make quick work of Daniel Hemric, Austin Dillon and William Byron and make his way into the the top five. The No. 22 car was fast in practice. Logano did not spend much time in the draft in practice but he did post the  12th fastest 10-lap average speed and 6th 15-lap average speed. His car gets faster deeper into the run. The No. 22 car has been good in the current aero package. Logano won at Las Vegas (the most similar track to Texas) and finished 2nd at Auto Club. He should score a lot of Stage points and finish in the top 5 at Texas.

Ryan Blaney (8): The No. 12 car almost won the last race at Texas. Blaney was also fast in the last race using the current aero package. He finished 5th at Auto Club and Team Penske has shown a lot of speed this weekend. Blaney posted the 3rdfastest speed in final practice with the 4th fastest 10-lap speed. I expect Blaney to quickly make his way into the top 10, score Stage points and finish in the top 10 at Texas.

Jimmie Johnson (10): Wow this picks scares me. All of the numbers scream, “Pick Jimmie!!!” My gut says, “Don’t be dumb!” I am a numbers guy so I will take a bite of the poisoned apple. Johnson won the pole, posted the 5th fastest speed, fastest 10-lap average speed, 15-lap speed and 20-lap average speed. He has a fast car and he has won seven times at Texas. I doubt he forgot how to race the track. If we did not have the garage driver option I would not make this pick, but since we do… I will take a chance with the seven-time champion.

My Garage Driver will be Kyle Larson (9). He starts deep in the field but this is one of the longest races of the season. Larson has plenty of time to get to the top 10. Larson loved his car in practice. He posted the 7th fastest speed with the 3rd fastest 10-lap average speed, 3rd fastest 15-lap speed and the 3rd fastest 10-lap average speed. He was the best in the high line. I doubt many people will have Larson so would could pass a lot of our competition if he runs well Sunday.