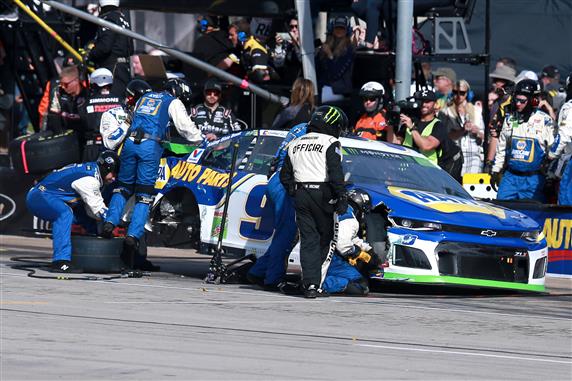 The Cup Series will travel to Texas Motor Speedway this week. Everything is bigger in Texas. That includes the speeds and the length of the race. There is enough banking in the corners to allow the drivers to hold the throttle wide open around this 1.5-mile quad-oval track. The race is 500 miles and usually a lot happens in the extra 100 laps. It should be a good battle for the six-shooters Sundays. The O’Reilly Auto Parts 500 can be seen Sunday at 3 p.m. ET on NBCSN.

The Fantasy Live picks did not score as well as they should have last week because many of the drivers got caught a lap down when Brennan Poole spun out when most of my drivers were on pit road. The picks are still beating 99.7% of the competition so I cannot complain too much. I expect another solid week at Texas.

Kevin Harvick: Kevin Harvick has been a beast on the 1.5-mile tracks this season and his stats at Texas Motor Speedway are the best in the series. Harvick has led a series-high 317 laps and scored 63 Stage points on the intermediate tracks this season. He has also 1st, 8th, 1st, 2nd and 1st in his last five races at Texas. I would be shocked if Harvick does not dominate a portion of the race Sunday.

Chase Elliott.: I am down to three allocations left with Chase Elliott but I have the tracks mapped out that I want to use him at. It really helps that Watkins Glenn was canceled because he was a “must start” in New York and now I can use him this week. Elliott finished 1st and 2nd at Charlotte and that track is almost identical to Texas. He also has momentum after winning the All Star Race. I feel confident Elliott will run well Sunday.

Ryan Blaney: It is hard to find a better driver than Ryan Blaney for your Fantasy Live lineup this week. Blaney has been awesome on the 1.5-mile tracks this season. He finished 3rd, 3rd, 4th, 3rd and 6th in his last five races on the 1.5-mile tracks. That includes 111 laps led and a series-high 93 Stage points. Blaney is almost a lock for a top-10 finish Sunday from the front row.

Aric Almirola: This is one of the best races to use Aric Almirola in your lineup. Texas Motor Speedway has been one of the best tracks for Stewart-Haas Racing. Their cars finished No.1, No. 2 and No. 3 at Texas last year. Almirola led 62 laps, won Stage 2 and finished 2nd in the race. He is one a hot streak right now and Texas ranks as his 3rd best track. I am playing the hot hand with Almirola right now. It also helps that he is starting from the pole. There is no reason to fade Almirola.

Alex Bowman: Alex Bowman looked pretty good last week until he got trapped a lap down when the caution came out. I expect Bowman to bounce back this week. The most similar track to Texas is Charlotte and Bowman led 215 laps at that track this year. He also led 11 laps, scored 11 Stage points and finished 5th in the last race at Texas. I expect Bowman to run up front, score a lot of Stage points and be a good pick for your Fantasy NASCAR team. I will start Bowman in the Garage and I will put him in the race if he has the same speed he had at Charlotte.