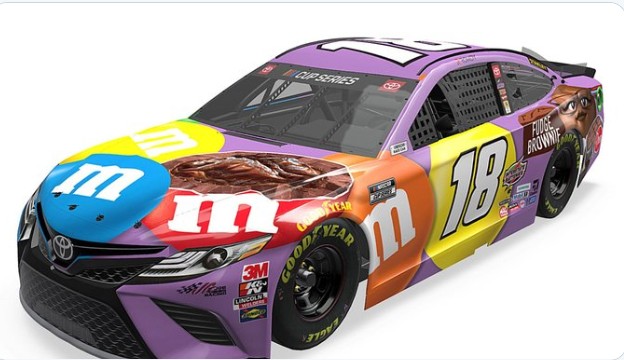 The answer to NASCAR fan’s questions will finally be answered Wednesday. How important is track position? The Cup Series inverted the top-20 positions from Sunday’s race. So will the drivers from the Real Heroes 400 be the same drivers up front in the Toyota 500? We will find out. Darlington Part II can be seen Wednesday at 6 p.m. ET on Fox Sports 1.

Can you call a 202 point performance a bad race? The first race at Darlington was one of my worst of the season thanks to Jimmie Johnson and Kyle Busch. The good news is that the picks were so hot in the first four races that they are still beating 99.9% of the competition. Now it is time to climb back inside the top 100 overall.

Kevin Havick: Kevin Harvick put on a dominant performance Sunday. He led 159 of 293 laps, scored 14 Stage points and went to Victory Lane (by himself). Crew chief Rodney Childers decided to bring back the same car for Wednesday’s race. Harvick will also have the No. 1 pit stall and that paid off for him last Sunday. Harvick has finished every race this season in the top 10 and every race at Darlington since 2012 in the top 10. There is no reason not to have Harvick in your lineup for this race.

Alex Bowman: Alex Bowman has been the second-best driver behind Kevin Harvick this season. He has been the best driver at tracks that wear out tires quickly and he has been unstoppable in the month of May. Bowman finished 2nd at Darlington, 1st at Auto Club, 9th at Homestead and 1st at Chicagoland Speedway. That is a 3rd-place average finishing position at high tire wear tracks. He has also finished 2nd, 2nd, 2nd, 2nd and 7th in his last five races in the month of May. I will take a chance with Bowman Wednesday.

Denny Hamlin: Denny Hamlin is one of the safest picks in the field for the Toyota 500. He is at his best at tracks where a driver must manage his tire wear through a long run. Hamlin started 10th, scored 10 Stage points and finished 5th last Sunday. Hamlin has won twice at Darlington in his career. I would not be surprised if the No. 11 car was in Victory Lane Wednesday night.

Martin Truex Jr.: It took a while for Martin Truex Jr. to show up Sunday. He said after the race that his car was the worst car he has ever driven. If he is able to finish 6th in the worst car he has ever driven, what is he going to do with a new car that his team had two days to fix up? I think he will be one of the drivers to beat Wednesday night. (*If you want to save allocations, use Erik Jones in this spot. I am not saving allocations while the season is unpredictable)

Kurt Busch: Since I am filling up my lineup with drivers who are good at managing their tires on a long run, I guess I better add Kurt Busch to my lineup. Mr. Smooth will not make his way to the front as fast as the other drivers but he will be there when the checkered flag is waived. Busch has finished 3rd, 7th, 6th and 3rd in his last four races at Darlington. He has also finished 3rd, 6th and 3rd in his last three races this season. Busch should be a lock for a top-10 finish Wednesday night.

Chase Elliott: I had Chase Elliott in the Garage last Sunday and I will have the No. 9 car as my insurance policy again Wednesday. Hendrick Motorsports has had a lot of speed this season. Elliott has finished 4th, 7th and 4th in his last three races in 2020. What I really like about Elliott is that he posted his fastest laps after lap 240 Sunday. That means he was at his best at about the same time the race starts Wednesday. I expect the No. 9 car to be fast again in the Toyota 500.