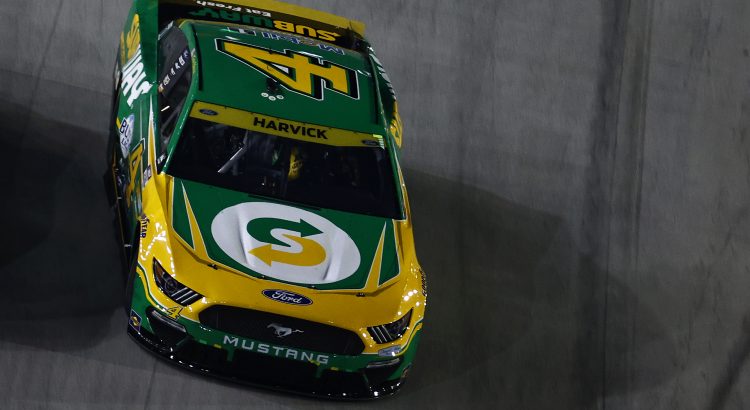 The Cup Series will continue their playoffs at Bristol Motor Speedway this week. The Night Race at Bristol is usually wild. The 2022 season has seen some aggressive driving and it will continue in Thunder Valley. The first two playoff games have been won by non-playoff drivers. That means at least 11 drivers will advance to the Round of 12 on points. It should be fun to see how it all plays out this week. The Bass Pro Shop NRA Night Race can be seen Saturday night at 7:30 p.m. ET on USA Network. 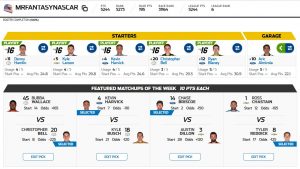 KYLE LARSON (4): Larson won the race at Bristol last year and he finished second in both races in 2018 (He did not compete at Bristol in 2020 because he was suspended). Larson has a habit of dominating the races in Thunder Valley when he has a fast car. Larson posted the seventh-fastest speed in practice and qualified fifth for the race Saturday night. “Yung Money” will have a good chance to go to Victory Lane this week.

KEVIN HARVICK (4): Harvick is off to a horrible start in the playoffs. His car caught fire at Darlington and his tire exploded at Kansas. Will his luck change I Bristol? I sure hope so. Harvick posted the 15th fastest speed in practice with the ninth-best long-run speed. Harvick never practices well, so I am not worried about his speed on Friday. He is in a “must win situation” and Stewart-Haas Racing has some fast cars this week. The No. 4 car will have a good chance to win Saturday night with a little better luck.

CHRISTOPHER BELL (3): Bell is off to a good start in the playoffs. He finished fifth at Darlington and third last week at Kansas. He has also been one of the best drivers on the short tracks this year. Bell finished sixth and second at Richmond, fourth at Dover and won the race at New Hampshire. The No. 20 car looks fast again this week. Bell posted the sixth-fastest speed in practice and qualified eighth for the race. I will play the hot hand and use Bell in my lineup Saturday night.

RYAN BLANEY (5): Blaney has been hit or miss in his career at Bristol. He ran well in the night race last year when he scored 10 Stage Points, led 45 laps and finished fourth. The No. 12 car looks fast again this week. Blaney posted the 13th fastest speed in practice, but he had the sixth-fastest long-run speed. Blaney starts sixth so he has the track position to score a lot of Stage Points and finish in the top-10 Saturday night.

GARAGE DRIVER ARIC ALMIROLA (5): Almirola was nowhere on my radar heading into this race, but it is tough to ignore the speed the No. 10 car has. Almirola posted the 14th fastest speed in practice with the fifth-fastest long run speed. Almirola starts on the pole and has the No. 1 pit stall. That is huge in this race. I will have Almirola in the Garage and if he dominates the first two Stages I will put the No. 10 car into my starting lineup.