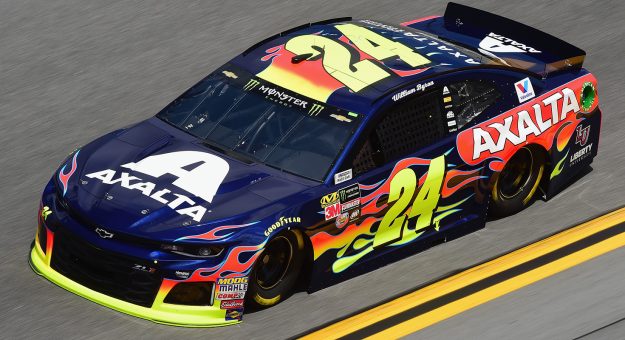 2019 RECAP: There was no sophomore slump for William Byron. He went from 23rd in the NASCAR Points Standings in his rookie season to 11th last year. His average finishing position also improved 22.1 in 2018 to 14.9 last year. It is easy to get excited about Byron in 2020 with that kind of improvement in his first two seasons in the Cup Series. Byron said at the NASCAR Banquette in Nashville, “The first year is for learning the track. The second year is for learning how to race your competition. I think I have that figured that out now, so we should be able to compete for wins in 2020.”

Byron was one of the best drivers in the Cup Series at qualifying. He won the pole at Daytona, Charlotte, Pocono, Darlington and the Charlotte Roval. Crew Chief Chad Knaus said he wanted to give Byron a chance to succeed so setting his car up so he could start up front was the first step in that process. Byron had five finishes in the top five and 13 finishes in the top 10. He really improved in the second-half of the year so Byron will carry some momentum in the 2020 season.

2020 Preview: It is hard to hold Hendrick Motorsports down for too long. The organization has struggled for a little over two seasons and this should be the year they get back to winning races. Chase Elliott and William Byron are going to be the drivers that bring HMS back. It may not happen this season, but soon we will think of these two drivers the way we did with Jeff Gordon and Jimmie Johnson.

Byron is a quick learner and he should be better than last year. His five finishes in the top five should turn into seven or eight this season. His 13 finishes in the top 10 should turn into 17 to 20. I expect a lot from Byron just because I have been following his career and I have never seen him take a step backwards. If he improves as much from year two to three as he did from year one to two; he should be one of the best drivers for season long games (Fantasy Live and the Driver Group Game) and a good pick in DFS (Daily Fantasy Sports) too.

William Byron had some success on the 1.5-mile tracks last year. He finished sixth at Texas, fifth at Kansas, seventh at Las Vegas, eighth at Michigan and eighth Chicago and ninth at Charlotte. I plan on saving Byron on the Intermediate tracks early in the year in season long games. If he runs up front at Las Vegas and Auto Club, I will start using him in my lineup. I will also use Byron a lot in Fantasy Live for pole position points. He was the best driver at putting his car on the pole last year. Byron will have value in DFS contests if the price is right. (William Byron ranked 13th in fantasy points scored on the Intermediate Tracks in 2019)

William Byron almost won his first race in the Cup Series when he qualified 12th and finished second at Daytona on the 4th of July weekend last year. That is the only Superspeedway race Byron has had any success at. Byron has an 18.7 average finishing position at Talladega and a 19.5 average finishing position at Daytona. He is too risky for me at these tracks so I suggest using other drivers for your Fantasy NASCAR team on the Superspeedways. (William Byron ranked 16th in fantasy points scored on the Superspeedways in 2019)

William Byron is at his best on the Flat tracks. His two best tracks are the large flat tracks. Byron has finished fourth, ninth and sixth in his last three races at Pocono. He also finished fourth at Indianapolis and he has a win in the Xfinity Series at the Brickyard. Byron also has fantasy value at Martinsville and Loudon. He finished second last year at Martinsville and he finished 12th at Loudon. Byron should be in all fantasy lineups at Pocono and Indianapolis. He is also worth consideration at Martinsville if he qualifies up front. (William Byron ranked 12th in fantasy points scored on the Flat Tracks in 2019)

The only Steep track where William Byron had fantasy value was at Dover. This is not surprising though since Hendrick Motorsports often dominates the races at the Monster Mile. Byron qualified second and finished eighth in the spring race at Dover and he returned and finished 13th in the fall. Bristol was tough for him. Byron finished 16th and 21st in his two races in Thunder Valley. He won the pole at Darlington but had a hard time keeping his car off the wall. Byron finished 21st at the Track Too Tough to Tame. Byron should be on all fantasy teams at Dover. Stacking your lineup with HMS drivers at that track is the way to go. I will fade him at Bristol and Darlington until he gets more experience. (William Byron ranked 18th in fantasy points scored on the Steep Tracks in 2019)

Usually young drivers really struggle on the Road Courses. That is not the case for William Byron. He won the pole and finished sixth at the Charlotte Roval last year. He also finished eighth in his first race at Watkins Glen. The only Road Course track where he struggles is Sonoma. Byron has a 22nd-place average finishing position in Northern California. The only Road Course I would recommend Byron for is the Charlotte Roval. There are better drivers for Sonoma and Watkins Glen. (William Byron ranked 13th in fantasy points scored on the Road Courses in 2019)