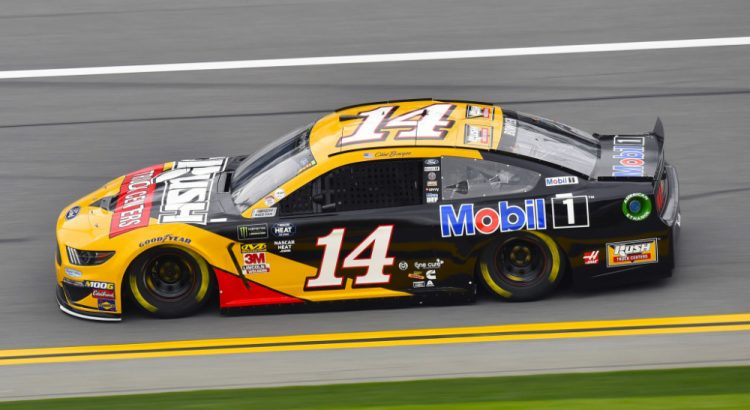 2019 RECAP: Clint Bowyer had his best season in the Cup Series since 2013. He had his most top-10 finishes (18) since 2013 and finished in the top-10 in the NASCAR Point Standings (Bowyer finished 9th) for the first time since 2013. He failed to win a race but he came close with his second-place finish at Texas in the spring. Bowyer ran well last year but he had a hard time finishing the races. He crashed out of five races and had mechanical issues in two other races. He will be a better fantasy pick in 2020 if he can simply clean up his mistakes.

2020 Preview: Clint Bowyer signed a one year deal to return to the No. 14 car. He will have a new crew chief in 2020. John Klausmeier will move from the No. 10 car (Aric Almirola) to take over as the head wrench for the No. 14 car. This should not be a surprise since Bowyer was often heard on the radio questioning what crew chief Mike Bugarewicz was doing during the race. It will be interesting to see how the relationship between Bowyer and Klausmeier works out this year.

Bowyer had a 10.7 average starting position, 13.1 average running position and a 15.2 average finishing position in 2019. Qualifying and running in the top 10 was not an issue for Bowyer last year. He just kept having bad luck because he was in the wrong place at the wrong time in a handful of races. Bowyer knows his time in the Cup Series is coming to an end. If he wants to be back at SHR in 2021 he needs to perform well this season. I think Bowyer will win the race at Martinsville which will lock him into the playoffs. He should once again finish in the top 10 in the NASCAR Point Standings and be a good pick for your Fantasy NASCAR team.

Clint Bowyer ran well at the Intermediate tracks last year but his crash at Chicago and poor finish at Las Vegas after winning the pole ruined his average finishing position. Bowyer finished second at Texas, fifth at Kansas, sixth at Kentucky and eighth at Homestead so the No. 14 car had the speed to run up front. Bowyer should once again be a good pick in season long leagues (Fantasy Live and the Driver Group Game) and DFS (Daily Fantasy Sports) at Atlanta, Texas, Kansas and Kentucky. Bowyer had DNFs (Did Not Finish) in all of the 2-mile ovals last year so I would fade him at Auto Club and Michigan. (Clint Bowyer ranked 18th in fantasy points scored on the Intermediate Tracks in 2019)

Clint Bowyer ran well at ISM Raceway (Phoenix) and Richmond and struggled at Loudon last year. Richmond ranks as his fourth best track so he will continue to have fantasy value in Virginia. Bowyer has been better at ISM Raceways since they reconfigured the track. He will have value in both Fantasy Live and the Driver Group Game if he qualifies up front at Phoenix. He is also good at Indianapolis, so make sure Bowyer is in your lineups in Indiana. (Clint Bowyer ranked 10th in fantasy points scored on the Flat Tracks in 2019)

Clint Bowyer was one of the best drivers on the Steep tracks last year. He finished seventh in both races at Bristol, ninth and 10th in the two races at Dover and sixth at Darlington. Bowyer should continue to be a good fantasy pick at these tracks in 2020. Bristol is his third-best track so he could be a good pick for your One and Done game in Thunder Valley. He will also have value in DFS if he qualifies up front with a chance to lead some laps. (Clint Bowyer ranked 3rd in fantasy points scored on the Steep Tracks in 2019)

Clint Bowyer is one of the best picks for your Fantasy NASCAR team on the Road Courses. He has finished third and fourth in his two races at the Charlotte Roval so make sure he is in all lineups at that track. Stewart-Haas Racing has dominated the races at Sonoma in the past and Bowyer has been one of their better drivers. He finished 11th at Sonoma last year, third in 2018 and second in 2017. He will be a good pick for all fantasy teams in Northern California. Bowyer has two wins at Watkins Glen but he has not had much success at the track recently. The reduced down-force on the cars in 2020 should allow Bowyer to get back to the front at Watkins Glen this year. (Clint Bowyer ranked 10th in fantasy points scored on the Road Courses in 2019)