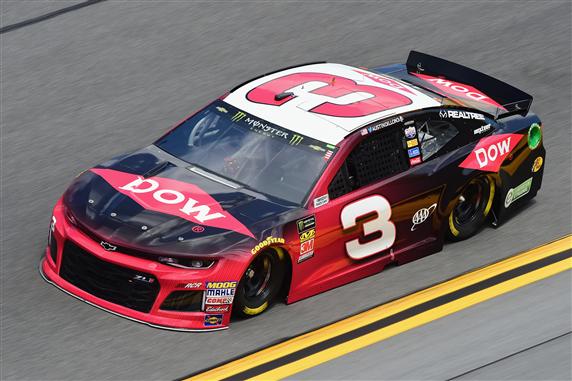 2018 RECAP: The 2018 season could not have started out any better for Austin Dillon. He won the Daytona 500 and was the first driver to secure a spot in the playoffs. He kept his hot streak going in the spring with six finishes in the top 15 in the first eight races. Dillon was just an average driver after that. He had an 18.8 average starting position and a 17.5 average finishing position in 2018. He was eliminated in the first round of the playoffs. Dillon had more value in real racing then he did in Fantasy NASCAR in 2018.  (Daniel Suarez ranked 16th in fantasy points scored in 2018)

2019 Preview: Austin Dillon will get Danny Stockman back as his crew chief in 2019. Stockman was the crew chief for Dillon in the Xfinity Series when Dillon won the championship. Dillon will also have a new teammate this season. Ryan Newman left for Roush-Fenway Racing and he will be replaced by Daniel Hemric. I doubt the switch in the Richard Childress Racing lineup will have any effect on Dillon in 2019. He has a handful of tracks where he runs well at (Daytona, Darlington, Auto Club and Michigan). Fantasy players will want to use Dillon in these races and avoid him at the other tracks.

Austin Dillon had more value in Daily Fantasy Sports (DFS) on the intermediate tracks then he did in season long games. Dillon finished seven of his 11 starts on the 1.5-mile tracks between 10th – 17th place. That is OK in DFS as long as the driver scores place differential points as well. Dillon was able to improve from his starting position in six of these races. Dillon will continue to be a good pick in DFS as long as he qualifies outside the top 20 and his price is right. There are better choices for your Driver Group Game team on the intermediate tacks.  (Austin Dillon ranked 16th in fantasy points scored on the intermediate tracks in 2018)

Austin Dillon won the Daytona 500 last year so naturally he will be one of the more popular picks in fantasy at the Superspeedways in 2019. That makes him a complete fade in DFS. We want drivers who will be low owned in that format. Dillon should be in all lineups in the Driver Group Game at Daytona. He has finished seven of his last 10 races at Daytona in the top 10. His success at Daytona has not translated into success at Talladega. Dillon has crashed out of three of his last four races at Talladega. Use Dillon at Daytona and fade him at Talladega should be your strategy in 2019.  (Austin Dillon ranked 11th in fantasy points scored on the Superspeedways in 2018)

Austin Dillon has some value at two of the flat tracks (Phoenix, Richmond, Martinsville and Loudon) and he is a complete fade at the other two. Dillon finished 8th at Phoenix and 6th at Richmond last year. He seems to have figured out these tracks so he is worth a sleeper pick on your fantasy team. Stay away from Dillon at Martinsville and Loudon. He finished both races at Martinsville in the 30th position last year and he finished outside the top 20 at Loudon. There are better choices for your fantasy team at these two tracks.  (Austin Dillon ranked 18th in fantasy points scored on the flat tracks in 2018)

Austin Dillon has some value on the steep tracks (Bristol, Dover and Darlington) in 2019. Darlington ranks as his best track. Dillon has competed in five races at the Track Too Tough to Tame and his average finishing position is 13th. He is worth a spot in your Driver Group Game and DFS lineups when the Cup Series races at the Lady in Black. He has been decent at Dover (finished 7th at the Monster Mile last year) and hit or miss at Bristol. Unless Dillon shows some improvement this season, Darlington is the only steep track where I would use him in fantasy NASCAR. (Austin Dillon ranked 16th in fantasy points scored on the steep tracks in 2018)

Whatever you do, do not use Austin Dillon on the Road Courses. His best track is Sonoma, where he has an 18th-place average finishing position (you can do better than that). His average finishing position at Watkins Glen is 26.5 and he finished 39th in his first race at the Charlotte Roval. Make sure you use the Road Course experts in your fantasy lineup and not Dillon. (Austin Dillon ranked 26th in fantasy points scored on the road courses in 2018)